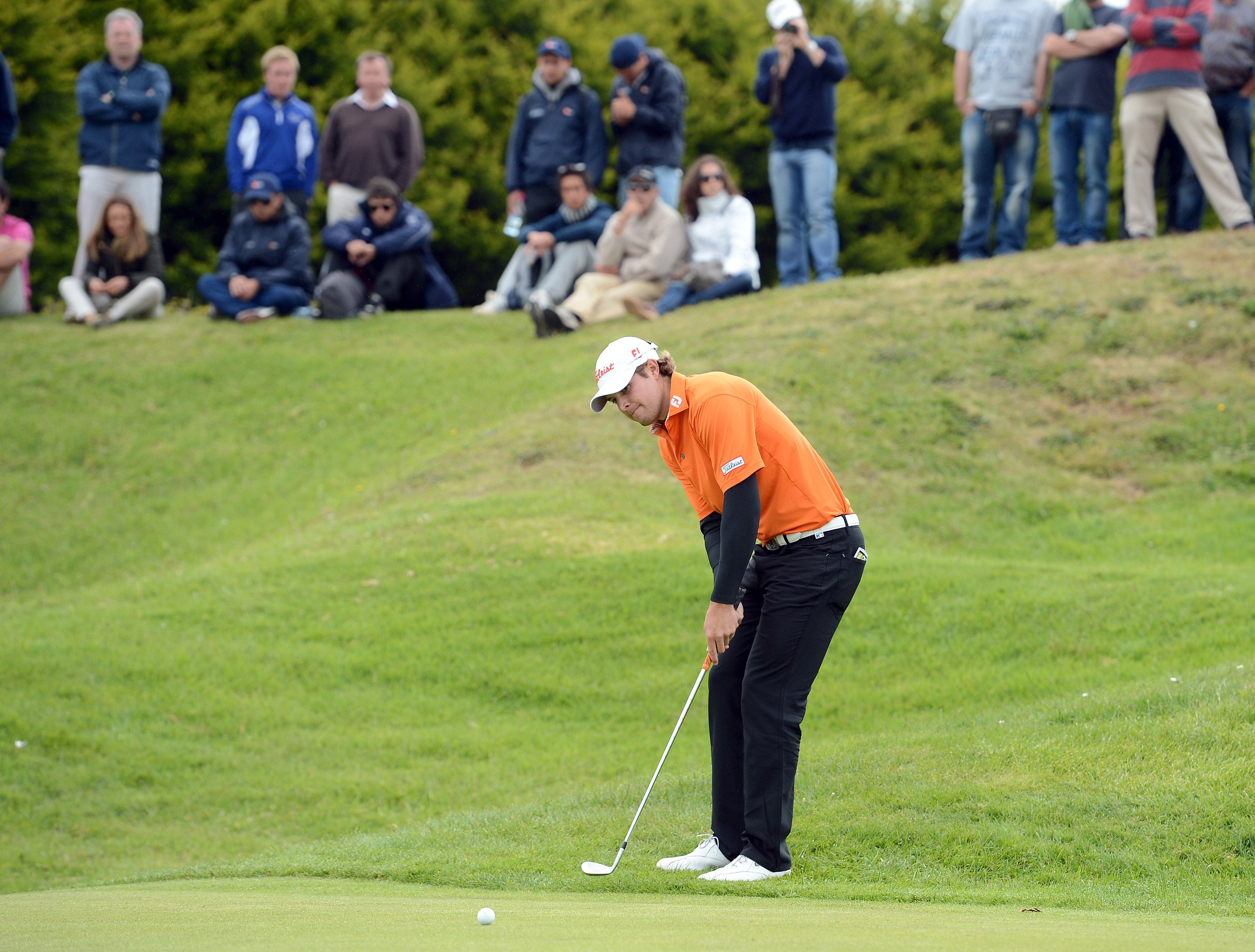 SHENZHEN, China (AP) — Peter Uihlein made five birdies in gusty conditions and shot a 4-under 68 Friday to take a one-stroke lead after the second round of the Shenzhen International.

The American started his round on the 10th hole and was 1 under on the back nine, where the strong wind made play more difficult. He then added three birdies on the front nine to finish at 9-under 135 total.

”It was tricky today. The wind was swirling quite a bit,” said Uihlein, whose only previous win on the European Tour came at the 2013 Madeira Islands Open. ”I got the back nine out of the way pretty quickly. I played very solid. I felt like getting anything under par on the back nine was nice, and I played a pretty stress free front nine, which is always good.”

Kiradech Aphibarnrat matched Uihlein’s five birdies, but added two bogeys to shoot a 69 and finish one shot behind.

”Again, the wind was getting up on a few holes before I finished, but the way I was striking the ball is still very good,” the Thai player said.

Emiliano Grillo matched the low round of the day with a 5-under 67 to move into a tie for third with Gregory Havret, Darren Fichardt and Matt Ford. They were three shots behind Uihlein at 6-under 138.

Two-time Masters champion Bubba Watson shot a 2-over 74 to slip into a tie for 42nd. He made the cut, but was unimpressed by his form.

Watson was at 144 overall, nine shots behind Uihlein.