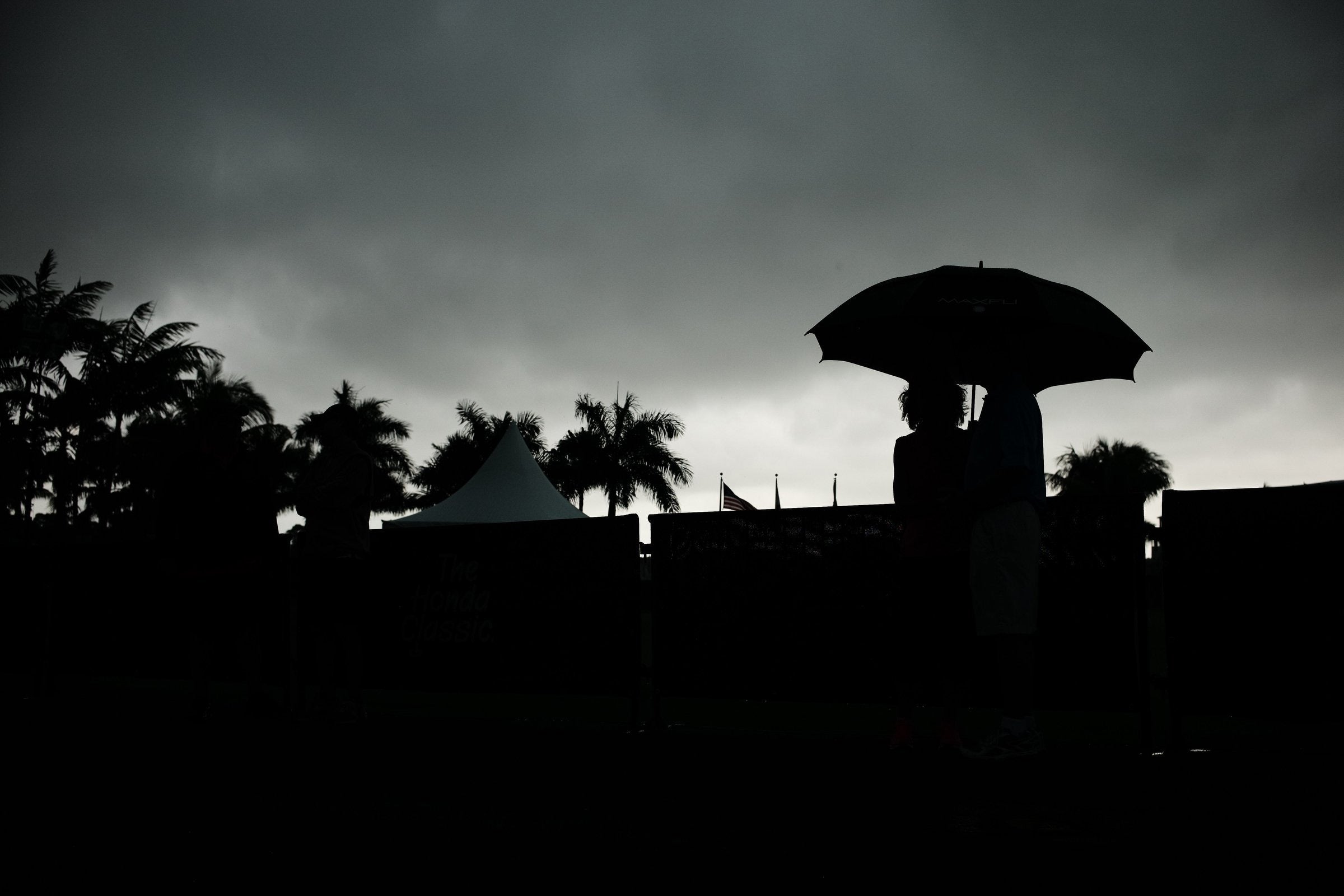 Darkness at Noon: Severe thunderstorms washed out the third round of the Honda Classic on Saturday at PGA National.
Darren Carroll/SI

Padraig Harrington is a 36-hole leader on the PGA Tour for the first time in nearly five years and he knows he has a long way to go.

A vicious storm Saturday at the Honda Classic made his weekend even longer.

Harrington made six birdies in the 12 holes he played Saturday morning in the rain-delayed tournament to complete a 4-under 66 and take a one-shot lead over Patrick Reed, with Ian Poulter and Brendan Steele another shot behind.

The third round ended 51 minutes after it started because of a storm that packed 50 mph gusts and dumped about 5 inches of rain on PGA National. The storm was so severe that it created an air bubble on the 18th green the size of a sea turtle, caused the sides of bunkers to cave in and toppled an electronic scoreboard off a platform and down to the bottom of a lake. 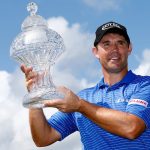 “That’s as bad as I’ve ever seen it rain,” Russell Knox of Scotland said after a 68 left him four shots behind.

Only 24 players completed a hole before the storm arrived, causing the third delay of the week. The plan was to return at 10 a.m. Sunday to resume the round, and continue with the same pairings to play as much as possible on Sunday. The tournament now is to end on Monday.

“We’ve got pretty much a mess,” said Slugger White, the tour’s vice president of competition.

SCORES: Full Leaderboard From The Honda Classic At PGA National

It helps that the next event is a World Golf Championship about a 90-minute drive down the highway at Doral, and there is no pro-am.

Harrington, the three-time major champion from Ireland, has fallen to No. 297 in the world and couldn’t qualify for Doral even if he were to win. He won the Indonesian Open on the Asian Tour at the end of last year, ending a four-year drought dating to another Asian Tour event.

His last PGA Tour victory was his second straight major, the 2008 PGA Championship at Oakland Hills. He said the benefit of playing Indonesia was a boost to his confidence, on and off the golf course. At such a small tournament, his name resonates.

“They treat you like a star, you play like a star,” he said. “I’m back to being a three-time major winner. I went for that reason — to give my ego a boost. There’s definitely a lot to being a big fish in a small pond.”

That was a proper analogy when PGA National turned into a pond, and Harrington surely played the role of a big fish.

Thanks to nearly four hours of rain delays Friday, he made it through six holes and returned Saturday with back-to-back birdies on the 16th and 17th holes, and then another from about 10 feet on No. 1, posing over just about every shot.

After a bogey set up by a wild tee shot on the par-5 third hole — he had to pitch down the second fairway because of the trees — Harrington ran off three straight birdies before a few loose tee shots cost him. The rough had become so thick and wet that he couldn’t reach the green on his last two holes, making bogeys on both.

“It’s nice to be in contention,” Harrington said. “I’m very positive about my game coming in here this week. I don’t know what’s going to happen the next 36 holes, but I have a good idea where I’m going. I’m pretty confident.”

Reed finished his 67 on Friday.

Poulter matched the low round of the week at PGA National with a 64 and was two shots back. He holed out for eagle with a sand wedge on the fourth hole and dropped only one shot on the back nine.

“If I play half as good as I’ve obviously played today, then I’m going to have a chance come Sunday,” Poulter said.

Steele’s 69 score doesn’t reflect his up-and-down day. He didn’t make a par until the 10th hole, playing the front nine with six birdies and three bogeys. And then he made nothing but pars on the back nine except for a double bogey on the 16th.

Luke Donald finished his 67 on Friday and was another shot back at 4-under 136.

The cut was at 4-over 144 and didn’t include Rory McIlroy. His first tournament in America in five months lasted only two days for the world’s No. 1 player. McIlroy bogeyed three of his last four holes on Friday for a 74 and missed the cut by three shots.

Phil Mickelson, who had missed two straight cuts on the West Coast swing, finished up at 67 on Saturday and was five shots behind.

The focus on Sunday starts with Harrington.

“Through 27 holes, I was the most confident guy in the world, and less so at the moment,” he said after his bogey-bogey finish. “I know it’s going to be a long weekend, and a tough weekend. I have two options. I can play well on the weekend or I can dig deep and hang in there.”