‘We’ll try it this year:’ Montana undoes controversial rule, will allow fans into HS golf matches (for a price) 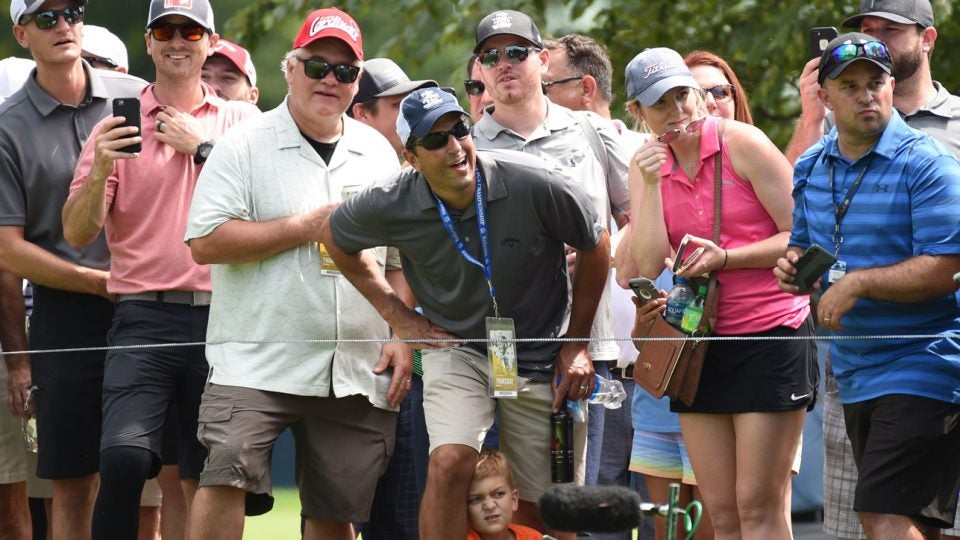 The galleries at Montana high school golf matches are not likely to be this packed.
USA Today

This time last year, the families of Montana high school golfers were understandably miffed over a rule that forbid them from watching their kids play. The rule read as follows: “No spectators/fans are allowed on the course except for certain locations as designated by the tournament manager and club professional.”

Following backlash that began with parents but spread to golf fans, college coaches and Tour pros, the Montana High School Association took a step this week toward greater on-course visibility. Fans will be allowed to attend postseason tournaments for the first time in decades.

“We’ll try it this year,” vice president of the MHSA executive board Luke Kloker told the Sidney Herald. “Every other state seems to be able to figure out how to make it work.”

There are still restrictions that come with the pilot program. Spectators won’t be allowed until the postseason. They’ll be required to pay 10 dollars to the MHSA to enter. They also must have their cell phones shut off, have to stay at least 40 yards from players and can provide words of encouragement but no advice.

The justifications behind the initial spectator ban included “parents being unruly and disrupting play, spectator safety, and illegally coaching players on the course.” Still, there was little evidence of epidemic levels of such activity. Entering this season, Montana and New Jersey were believed to be the only states forbidding spectators.

Last year, more than 4,400 people added signatures to a petition calling for the rule’s change. You can read more about the rule change here.