For a 20-year-old, Mohamed Bamba is well traveled. He was born in Harlem and went to school in New Hampshire, Pennsylvania and Texas. Last year, the 7-footer was drafted sixth overall by the NBA’s Orlando Magic. Tipping the scales at a svelte 220 pounds, and with the physical demands and hyper-metabolism of a professional athlete, Mo is constantly working to keep his weight up. Lucky for you, if you happen to be traveling through Orlando this month for the Arnold Palmer Invitational at Bay Hill. He may be new to the city (and new to golf), but Mo is a veteran when it comes to chowing down in O-Town. Here are a few favorites from Mo’s menu of food and South Florida fun.

Taco Loco
“I live downtown to be as close to Amway Arena as possible, so I haven’t ventured too far beyond Winter Park yet. But there are a few spots I’m really feeling right now, especially when it comes to tacos. First, there’s Tin & Taco. I keep it pretty simple with my shredded chicken and extra cheese orders, but their melted cheese taco shell is what these guys are known for. Tako Cheena is my favorite for unique taco flavor combos— anything from a gyro taco to good fish tacos. After we played two games in Mexico City last December, and I got a chance to sample the local cuisine, I can now say that Hunger Street Tacos, in Orlando, lives up to its reputation for making the city’s most traditional and authentic tacos. The carne asada at Black Rooster Taqueria is top-notch, and everything there is really fresh. Everybody says I gotta try the Jacked Up Tacos food truck. It’s a great vegan option, and I’m trying to get more veggies in my diet in 2019, so I’ll be checking that out soon.”

Down Time
“My condo downtown is my favorite place to be, so I can unwind, rest, catch up with some friends over a game of Fortnite—that sort of thing. Some of my teammates live out on lakes— there are literally hundreds of them in the area. I haven’t had a chance to relax on a boat yet, so that will be on my list once the season is over. I won’t be going in the water, though. Snakes and gators don’t come into my home, so I won’t be going into theirs.” 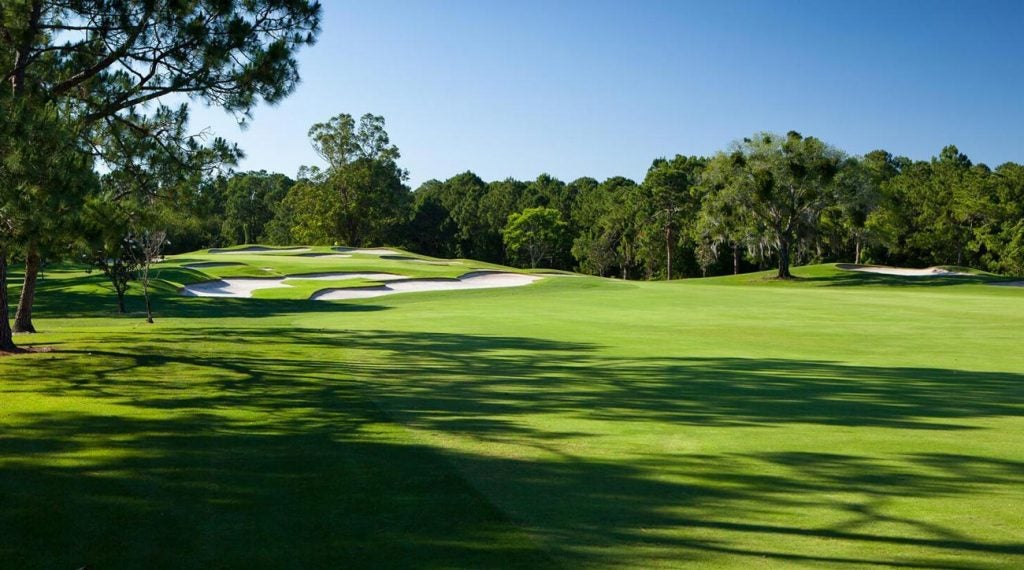 Disney's Magnolia course is one of the many courses that you can play at in Orlando.
Courtesy of Walt Disney World Golf

A Good Cause
“I played in a charity golf tournament for the Orlando Magic Youth Foundation (OMYF), at Disney’s Palm and Magnolia golf courses, along with AG [Aaron Gordon], T-Ross [Terrence Ross] and Wes [Iwundu]. We went from foursome to foursome, and hit a few shots here and there. I had one or two good drives, but I don’t know if I was much help beyond that. I’m pretty sure I hit it into that big-a– bunker shaped like Mickey Mouse. Everyone says that, locally, Streamsong is the place to play. But Pebble Beach is my dream destination because I grew up playing that course in video games, and it’d be cool to walk in the footsteps of Tiger’s most dominant major victory.” 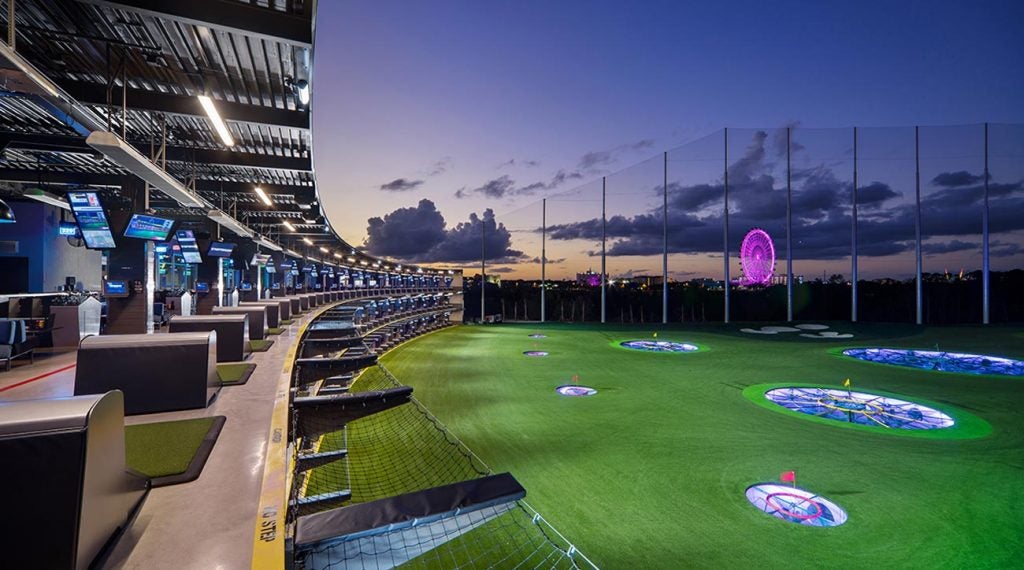 Bamba frequently spends time at the Topgolf in Orlando.
Topgolf

Work In Progress
“I’m still pretty new to the game and mostly spend my time at Orlando’s Topgolf or on the driving range, just practicing the things I’ve been working on with my coach, [Top 100 Teacher] Brian Mogg. As a 7-footer with a 7’10” wingspan, I needed some crazy custom specs for my clubs just to be able to get down to the ball without having to contort my body. Brian knows a lot about the science behind custom-fitting. It was more complex than just ‘make these clubs longer.’ Between that and his first lessons with me, I feel like I’ve got a solid base that I can build on when basketball isn’t consuming so much of my time and focus.”