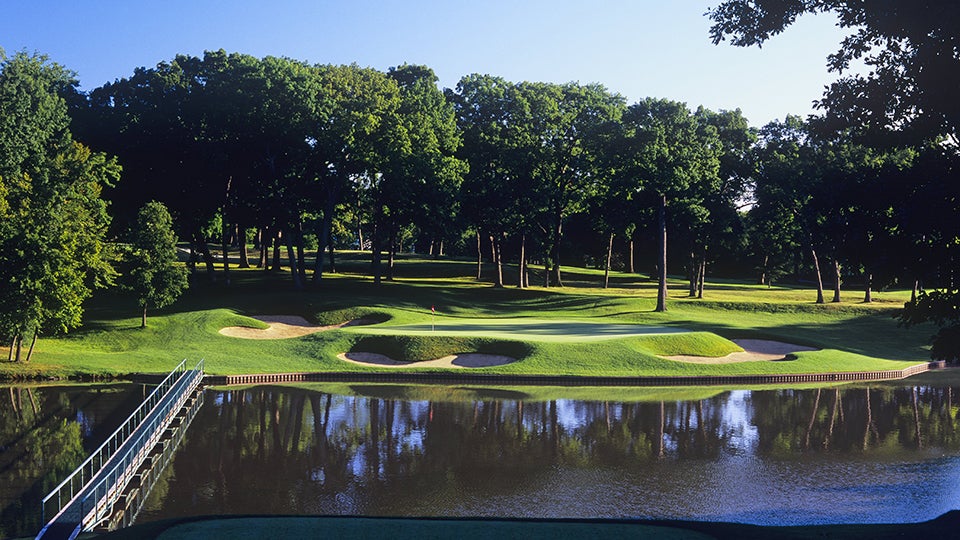 Any course that’s undergone as many changes as Medinah No. 3 cannot claim to have an all-world design, but it’s flair for producing major drama at tournament time has been borne out again and again. Witness Hale Irwin’s 1990 U.S. Open heroics, Tiger’s unforgettable duel with Sergio in the 1999 PGA and the rash of critical putts the Europeans made at the 2012 Ryder Cup. Brutally long, this well-treed layout is mostly straightforward, with three par-3s that play over 30-acre Lake Kadijah.