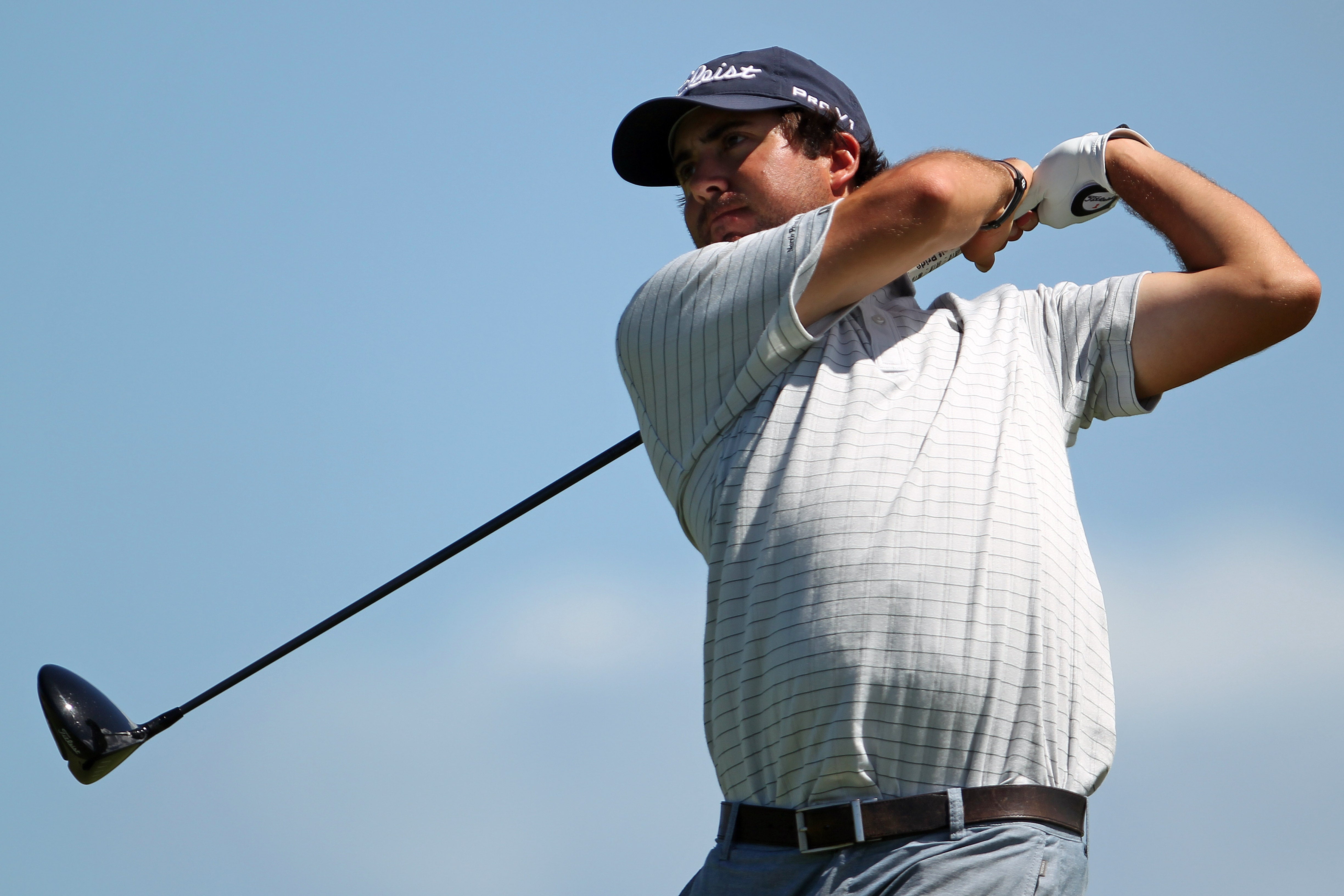 Mark Hubbard during the first round of the Puerto Rico Open.
AP Photo/Ricardo Arduengo

Hubbard opened with a 4-under 68 at Trump International Golf Club-Puerto Rico. He birdied Nos. 4, 5 and 6, dropped a stroke on the par-3 eighth and finished with a birdie on the par-4 ninth.

”It played tough out there with the wind, but I hit a lot of really good kind of three-quarter and half shots into the wind,” Hubbard said. ”I actually probably played the into the wind holes better than the downwind holes where I had to just hit normal shots. But I drove it pretty well, kept it in the fairway and made a lot of solid 5-, 6-footers.”

Hubbard made news last month when he proposed to Meaghan McCurley on the 18th hole at Pebble Beach during the first round in the AT&T Pebble National Pro-Am.

”I’ve been getting a lot of press,” Hubbard said.

”It was super windy,” Smith said. ”I was up super early this morning and it was still dark out and I was out walking around, trying to wake up and warm up at 3:45 this morning, and it was howling, and I was like, `What in the heck.’ But yeah, I think it’s going to be like that all week, so it’s OK. … At home it’s like 15 below right now, so I really like the fact that it’s 80 degrees.”

David Duval, Jonathan Byrd and Alex Cejka were in the group at 70.

The 43-year-old Duval is winless since the 2001 British Open.

”I hit it good and I putted really well,” Duval said. ”I made a couple to keep me going, two-putted several times from 25 to 40 feet and didn’t have to sweat over the second one.”