Lydia Ko Wins LPGA Taiwan to Regain No. 1 Spot in the World 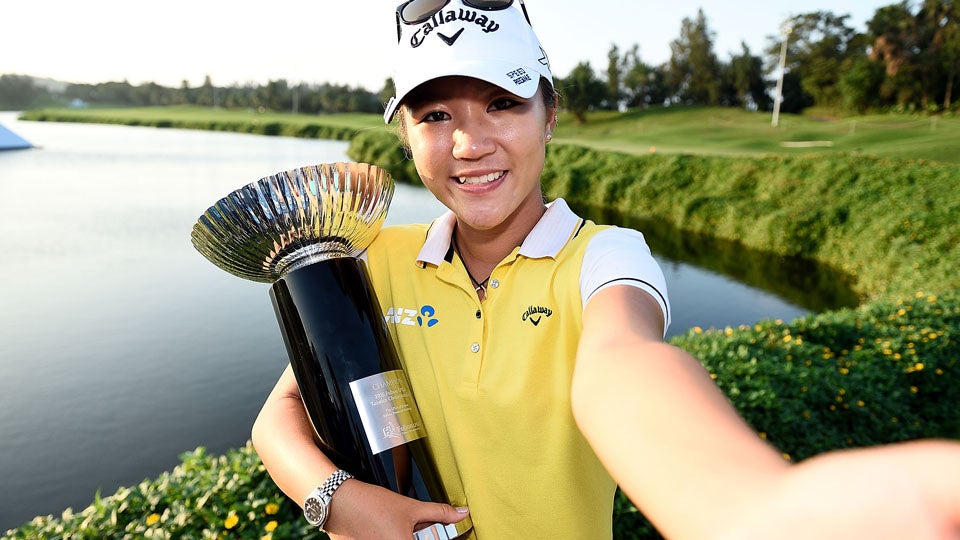 TAIPEI, Taiwan (AP) Lydia Ko ran away with the LPGA Taiwan Championship on Sunday to regain the No. 1 spot in the world ranking.

The 18-year-old New Zealander holed a 30-yard pitch for eagle on the par-5 12th and finished with a 7-under 65 in sunny, breezy conditions at Miramar for a nine-stroke victory.

Ko took the top spot in the world from South Korea’s Inbee Park with her fifth LPGA Tour victory of the season and the 10th of her career. Park skipped her title defense at Miramar to play in a Korea LPGA event, where she tied for second Sunday.

”I think winning and playing well at an event is the top priority,” Ko said. ”And then if you get the extra bonus with it, it’s even better. … The winning part is probably the most memorable. I haven’t really thought about being world No. 1 again.”

Ko also took the top spot from Park with a second-place tie in the season-opening event in Florida. Park moved back in front with her major victory in the Women’s PGA Championship in June in New York.

”In Ocala, I was disappointed in the way I finished,” Ko said. ”Coming tied second and being world No. 1, I think it’s a little different right now. I think I played really consistently well the last couple weeks, so I think it’s something we can all celebrate and I want to share this with my whole team.”

”I actually met her in Cleveland for an outing a couple months ago,” Ko said about Lopez. ”She’s such an amazing person and an amazing golfer. To have beaten her record, it’s an honor.”

”She’s still a teenager, so it’s really hard to believe how she acts and how she plays,” Ryu said about Ko. ”I feel really happy to be playing with someone really special on the tour. She’s not only a good player, but she’s a really good person. If she was not a good person, I might be jealous, but I totally respect (her).”

Ko birdied four of the six holes, bogeyed the par-3 seventh, and opened a seven-shot lead with the eagle chip on 12.

”I mis-hit it a little bit,” Ko said. ”But I was looking at it and thought it was flying enough and then I saw it kind of landed a yard or two short of the green. When I walked up, I felt like it was a little on the firmer side, so I kind of thought it would bounce up anyway. But I didn’t imagine it going in.”

Ko has three victories in her last five starts. She won in Canada and France – where she became the youngest major champion – in consecutive starts, tied for second two weeks ago in Malaysia and tied for fourth last week in South Korea.

In addition to her 10 LPGA Tour titles, Ko has four other worldwide victories, including a 2013 KLPGA tournament at Miramar and a Ladies European Tour event this year in New Zealand. She won her first LPGA Tour title as an amateur in the 2012 Canadian Women’s Open at a record 15 years, 4 months, 2 days.

The tournament was the third in the five-event Asian Swing. The Blue Bay LPGA is next week in China, followed by the Japan Classic.