Looking For Family Fun? Here are the Best Golf Courses for Kids 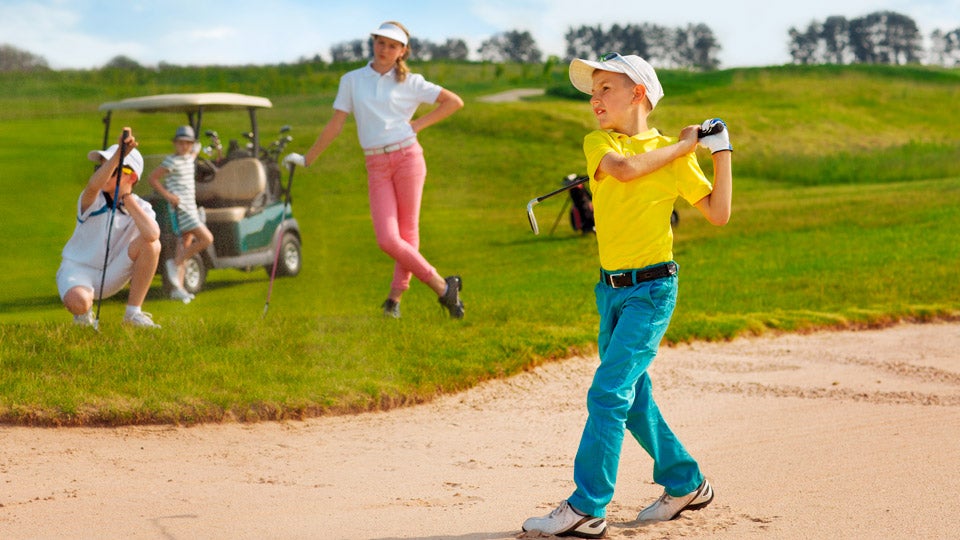 Not just for Junior: Par-3 tracks will help you sharpen your short game.
Getty Images

Running a private golf club these days is anything but child’s play. Attracting and retaining golfers is key, and among the newest means of doing so is the creation of family-oriented short courses. Ken Jowdy, developer of Diamante, in Cabo San Lucas, Mexico, has enlisted Tiger Woods Design to construct The Oasis, a 12-hole par-3 course scheduled to open in late 2016.

“The Oasis will have multiple uses for us,” Jowdy says. “Foremost, we wanted a course that would be ideal for families, for kids, for beginners. Our championship courses can be intimidating for golfers with modest skills. This course should be fun by itself and serve as a bridge to the big courses. However, we also have a lot of golf fanatics here. This will be a course where serious golfers can work on their games. Fortunately, the directive for the course meshes perfectly with Tiger’s design philosophy, which is to build a course that’s fun and playable for all, yet challenging for the better player.”

The Oasis will have holes that range from 40 to 145 yards in length, and will be walking-only, designed to be played with just a few clubs and a putter. There will be one forced carry over water and seven total bunkers. “Sand and hazards are part of the game,” Jowdy says. “We want to provide that experience for good players and for beginners. Ultimately, though, this is another aspect to Diamante that will allow families to spend quality time together. That’s why we’re doing this.”

The Oasis at Diamante is only the next course up in this healthy trend. Here’s a look at other private family tracks:

This Tiger Woods design enjoyed an avalanche of positive publicity when it opened in March 2016, thanks in large part to 11-year-old Taylor Crozier, who aced the first hole with the first official shot ever hit on the course. A stunned, beaming Woods gave young Crozier a bear hug and shouted to the crowd, “Are you kidding me right now? The inaugural shot and he holes it!” The Playgrounds features 10 par 3s that range in length from 35 to 105 yards (747 yards total), with each hole framed by tall pines and lit for night play. Easily walkable, the layout is designed to be played quickly, with one or two clubs, and features enough contours and bunkers to keep even low-handicappers entertained. Jack Nicklaus opened this 12-hole, par-3 layout in early August 2016, and it’s certainly a distinct departure for a designer accustomed to crafting some of the toughest, most dramatic courses in the game. Located near the ski meccas of Park City and Deer Valley, Red Ledges boasts a championship Nicklaus Signature course, a variety of real estate offerings and Mount Timpanogos panoramas. Every hole on Nicklaus’s short course sports four sets of tees and a large, receptive green, each cut with two cups—one standard size, the other a family-friendly eight inches in diameter. Total yardage for the course ranges from 1,013 to 1,739 yards. “We want a layout that can be played by juniors, women, seniors and beginners,” Nicklaus said. “Or that is simply a fun diversion for the core golfer and member.”

One of the most spectacular front yards in the Hawaiian Islands is this immaculately groomed, 10-hole Tom Fazio design. First opened in 2003, it’s situated between the Beach Club and the ocean, making it a lovely practice ground for strong players but also one that’s conveniently located for sporty families. With seven par 3s and three par 4s, there’s sufficient golf to hold any player’s interest, thanks to sea breezes, big bunkers and the lava rough that frames several greens. That said, nearly every green is receptive to run-up shots, perfect for players who’ve yet to master the aerial attack. The Short Course is the ideal complement to Fazio’s 18-hole layout, and is also a wonderful stand-alone experience.