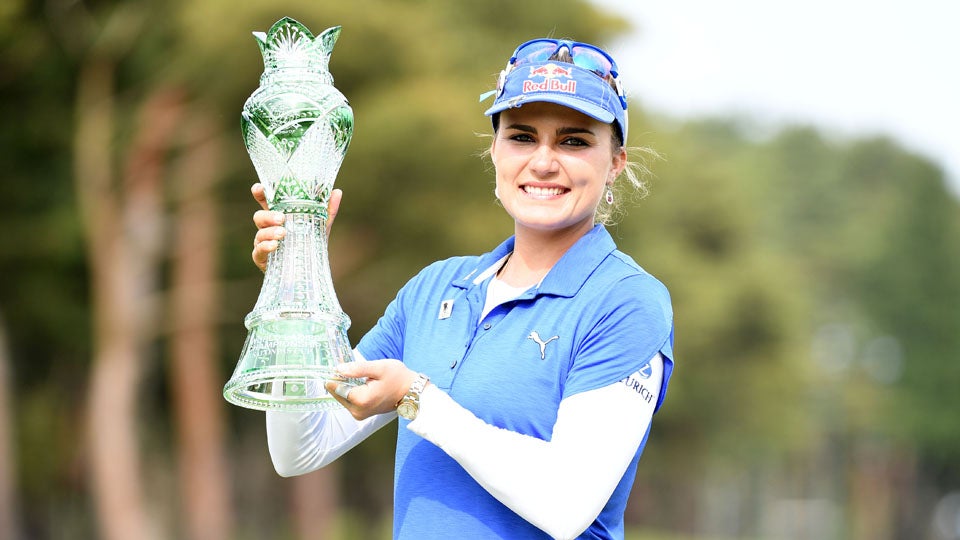 Lexi Thompson poses with the trophy after winning the World Ladies Championship Salonpas Cup at the Ibaraki Golf Club on May 8, 2016, in Tsukubamirai, Japan.
Getty Images

The long-hitting American finished at 13-under 275 at Ibaraki Golf Club in the Japan LPGA Tour major championship. She shot a 65 on Saturday to take a five-stroke lead into the final round.

Thompson won for the first time in Japan. Third in the world ranking, she won the Honda LPGA Thailand in February for her seventh LPGA Tour victory.

Watanabe closed with a 69.