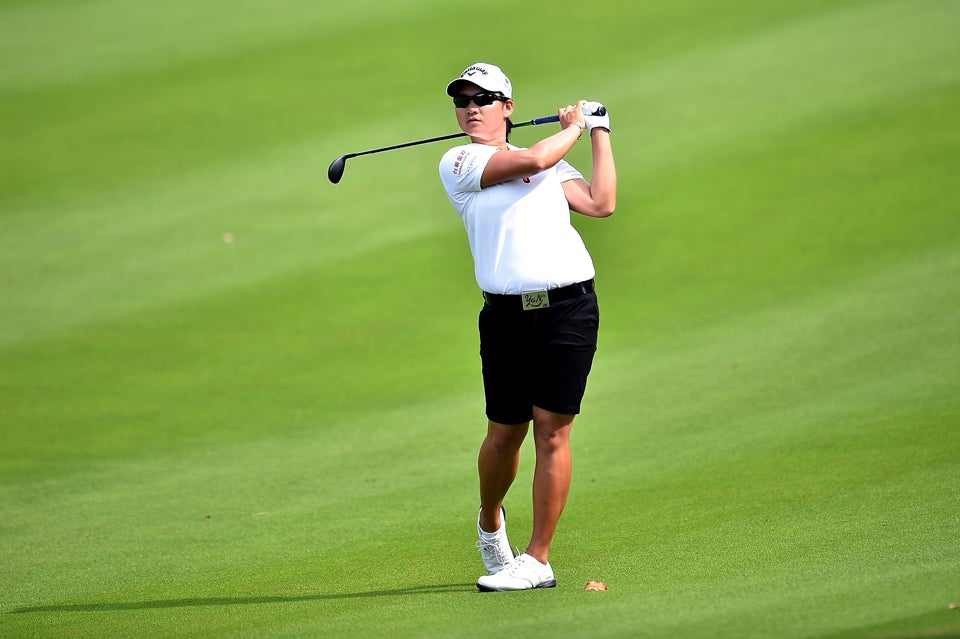 Yani Tseng watches a shot during the first round of the 2015 LPGA Thailand at Siam Country Club Thursday in Chon Buri, Thailand. Tseng is in a three-way tie for the lead.
Getty Images

CHONBURI, Thailand (AP) Yani Tseng shot an opening 6-under 66 Thursday to take a share of the lead with American rivals Stacy Lewis and Brittany Lang at the LPGA Thailand.

Tseng, a former No. 1 from Taiwan who won the title in Chonburi in 2011 and 2012, had seven birdies and a bogey at Siam Country Club.

”Could be better, could be worse,” said Tseng, a five-time major champion. ”I miss(ed) couple short putts, but I just tell myself to smile and let it go.”

Lewis, who only got her clubs back on Wednesday after an airline had misplaced them, started with an eagle on the opening hole.

Lang had five of her eight birdies on the back nine.

”I got off to a good start with a birdie on 10 and 11,” Lang said. ”I was just really seeing my shots and committing to them. Just felt effortless really.”