Las Vegas: The golf game that will have you ready to go all-in 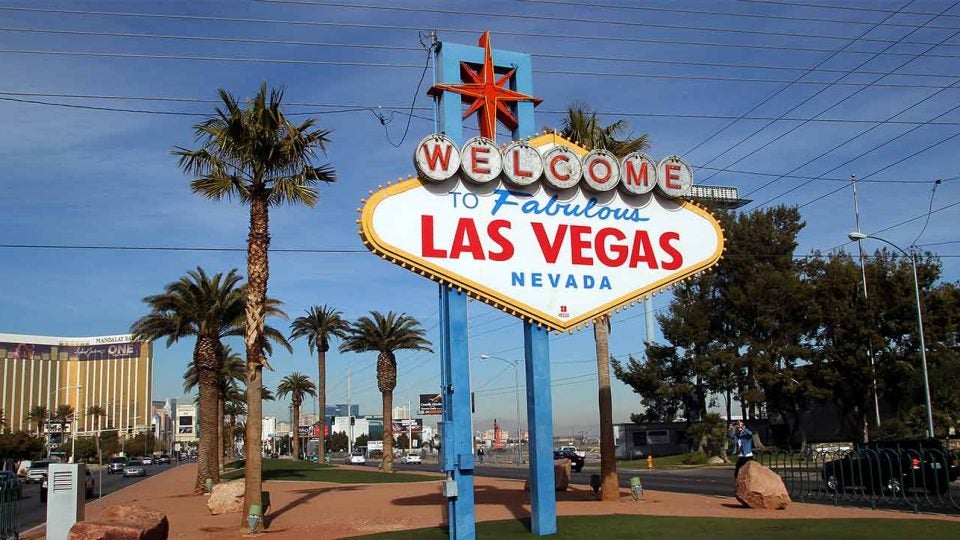 Push your chips to the center of the table with this high-stakes golf game.
Getty Images

As even the lowest-stakes players know, a good golf game (like a week in Vegas) can only leave you feeling one of two ways: on top of the world or at the bottom of the barrel.

Given that, it’s only fair that a golf game named “Las Vegas” would reflect the very best (and worst) of the gambling experience. Here’s how to play — just don’t blame us if you find yourself living in a scene from The Hangover, while your playing partners are singing ZZ Top.

News
$300,000 on a putt? These are the 5 best Michael Jordan golf gambling stories

Las Vegas is a great game for players who love working alongside a partner. The game is played in a two-player format, but make sure you choose wisely. More than many other team games, Las Vegas relies upon strong, consistent play from both players. It’s highly recommended that you only participate in this game if you’re in a foursome of balanced golf ability.

Typically, players will wager $1 per point, but depending on the health of your bank account, you can probably choose anywhere from $.01 to $2 per point without needing an advance on next month’s rent when you leave the course.

Las Vegas is played in a two-team format, but unlike traditional team games, where scores are added together (a player making a four and another making a five would equal a nine), scores in Vegas are paired. This means that if one player makes a four and their partner makes a five, the two players would pair their score for 45 “points.”

Here’s where the financial aspect of the game kicks in. Money is decided by subtracting the higher and lower paired scores. For example, if you and your partner each shoot fours for a 44, while the opposing team both shoot sixes for a 66, you and your partner would win 22 points (and if you’re playing for $1 per point, would claim a clean $22 for the hole).

To properly record scores (and prevent the game from forcing you to take a second mortgage on your house), start with the lower of the two scores from the hole. An exception to this rule comes when someone on either team scores a 10 or higher, at which point, the higher score comes first (a 115 isn’t ideal, but it’s a heck of a lot better than a 511).

The only other exception to the “lower score first” rule in Las Vegas comes by “flipping the bird.” But don’t worry, you won’t be spewing profanity towards your opponents (on second thought, you might be doing that, but it isn’t part of the game’s rules). “Flipping the bird” comes when one team sinks a birdie, allowing them to flip the score of their opponent so the higher number comes first. So, if you drain a birdie while your opponents combine for a 48, you can “flip the bird” at them, making their score for the hole an 84.

Why you should try it

Las Vegas (as the name suggests) is a high-stakes, high-intensity game for golfers playing in foursomes of similar ability. If you love competition and are willing to bet it all on yourself and your teammate (or are looking to add some spice to an otherwise dull round), take a trip to Las Vegas and see if good fortunes follow.