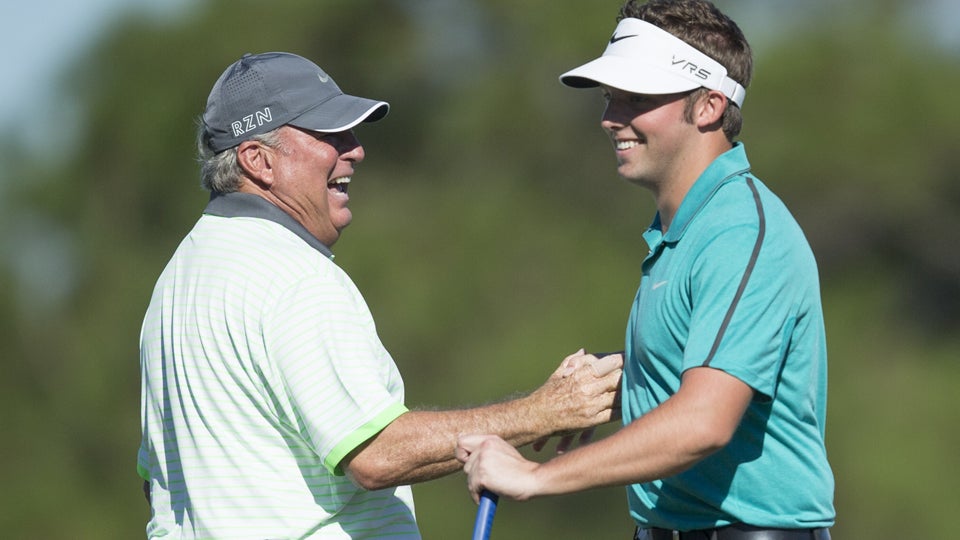 ORLANDO, Fla. (AP) Lanny and Tucker Wadkins won the PNC Father/Son Challenge on Sunday with an eagle on the first hole of a four-team playoff.

Tucker Wadkins made the 40-foot eagle putt on the par-5 18th at Ritz-Carlton Golf Club.

The Wadkins closed with a 9-under 63 to match Davis and Dru Love, Larry and Drew Nelson, and Fred and Taylor Funk at 20 under in the scramble tournament. The Nelsons and Funks shot 62, and the Loves had a 63, with all four teams birdieing the 18th in regulation.

Vijay and Qass Singh, the first-round leaders after a 59, shot a 66 to finish a stroke out of the playoff along with Lee and Connor Janzen. The Janzens had a 63.

Bernhard and Jason Langer, the winners last year, tied for seventh at 18 under after a 63.