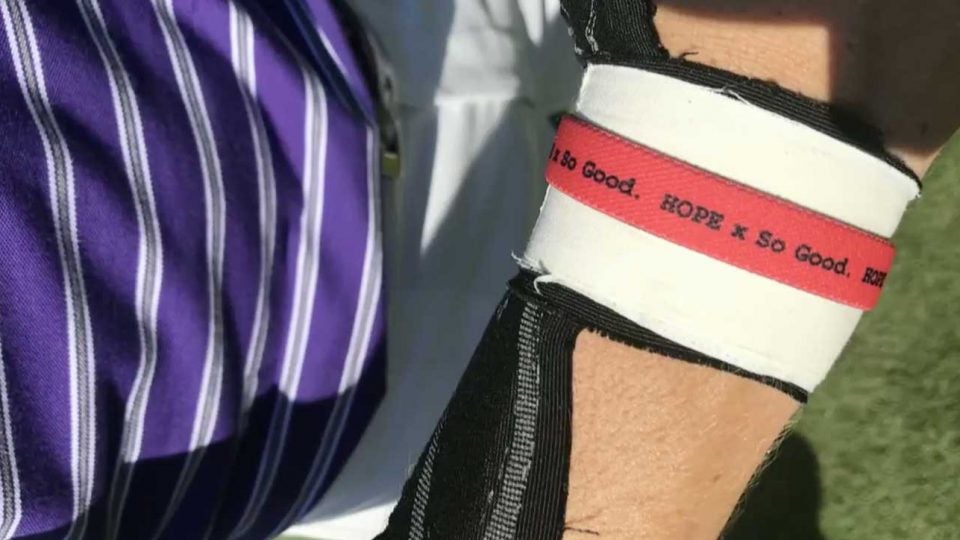 With the Ryder Cup just one week away, Justin Thomas is on the mend.

The 25-year-old is dealing with tendonitis in his right wrist, which first flared up during the final round of the BMW Championship two weeks ago. The injury, as minor as he makes it seem, has caused him to alter his typical playing and practice schedule.

“I just kind of tweaked it on the back nine at BMW,” Thomas said Tuesday at the Tour Championship. “It’s just kind of more precautionary than anything, just a little tightness, and it probably looks a little worse than it is.”

Thomas’s wrist was taped up on the grounds at East Lake this week, where he’s looking to defend his FedEx Cup title. According to Golf Channel’s Todd Lewis, the injury was not significant enough to make Thomas pull out of the BMW Championship. But how will it affect him this week, and perhaps most importantly, next week at the Ryder Cup in Paris? Well, he’s enjoyed some of the free time.

“I’d never had an injury before, I’ve never had it happen,” Thomas said. “I took last week off, I didn’t hit a ball. I chipped and putted a lot, so my short game feels pretty good. But in all honesty, this time of year, it’s nice to take time off. You’re better off being mentally fresh than you are, I would say, having my game physically fresh.”

Thomas begins the Tour Championship ranked fifth in the FedEx Cup standings. He tees off with Keegan Bradley at 1:40 p.m. Thursday.