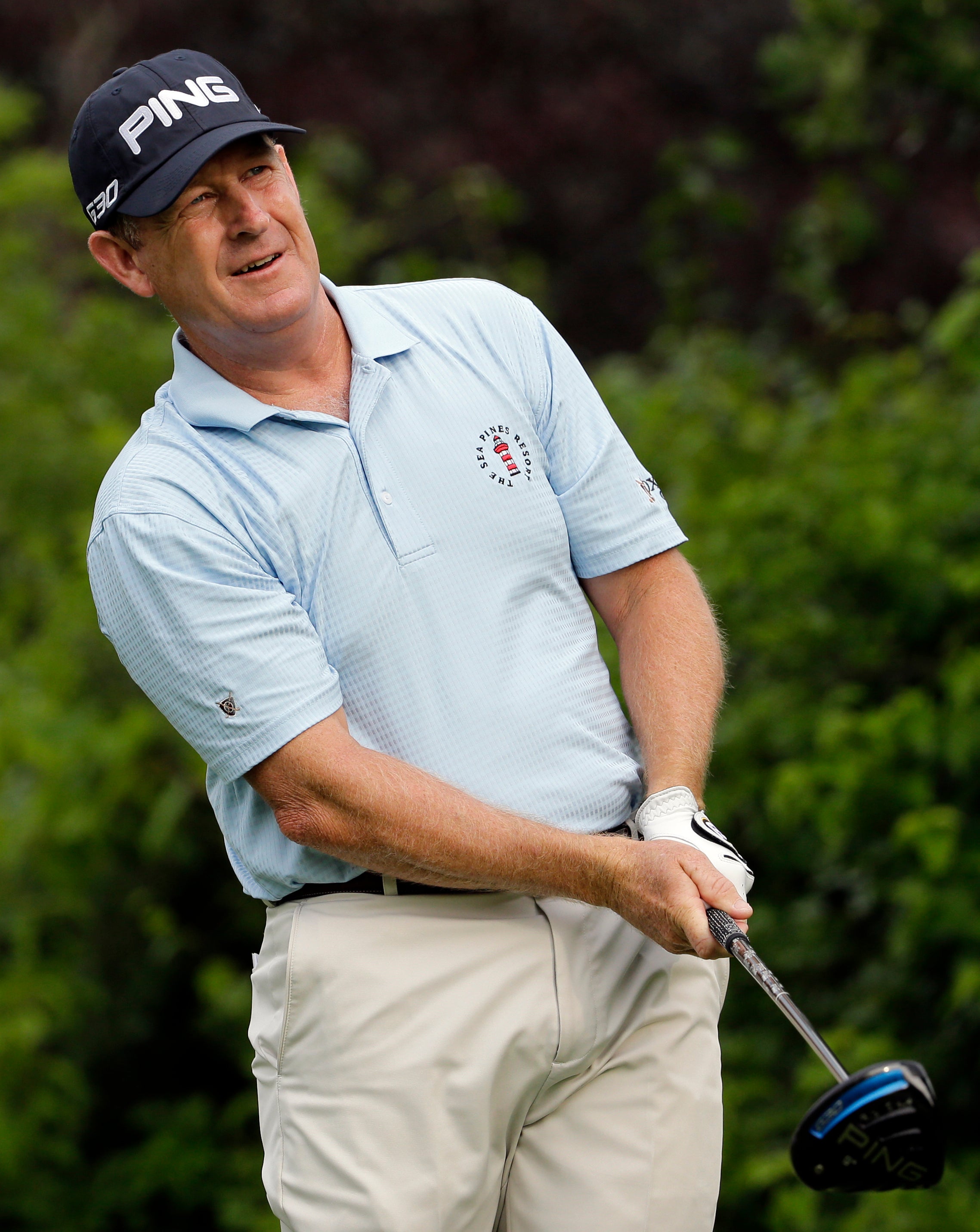 CALGARY, Alberta (AP) — Jeff Maggert won the Shaw Charity Classic on Sunday for his third Champions Tour title of year, birdieing five of the last six holes on the front nine in a four-stroke victory.

The 51-year-old Texan, two strokes behind playing partners Miguel Angel Jimenez and Colin Montgomerie entering the round, closed with a 6-under 64 at Canyon Meadows to finish at 16-under 194.

“I feel a little fortunate, obviously,” Maggert said. “I really thought Colin and Miguel would play some solid rounds. You know, the golf course, we had a little wind today, so it didn’t play as easy as it did some of the other rounds.

“I stuck to my game plan on the front nine. I wanted to make as many birdies as I can. Colin had a little hiccup there on the ninth green and all of a sudden I’m walking off the ninth hole with a nice big lead, which was unexpected.”

The three-time PGA Tour winner also won major titles this year in the Regions Tradition and U.S. Senior Open. He won the Mississippi Gulf Resort Classic last year in his debut on the 50-and-over tour.

“A late bloomer maybe,” Maggert said. “Twenty-five years of playing on the tour and I had a lot of close calls, a lot of chances to win a few majors. I thought I would have won a dozen times on my career, but I didn’t. So in some regards I feel like I’ve still got a lot to prove to myself and my golf game.”

Maggert earned $352,500 to take the money lead with $1,805,176 and moved into second place behind Montgomerie in the season-long Charles Schwab Cup race.

Montgomerie was second after a 70.

“I felt a bit dizzy and a bit weird all day actually,” Montgomerie said. “I don’t know why I would feel that way. I don’t know. I didn’t play well at all, but I managed to summon up some sort of energy to get it up-and-down at 16, 17 and 18.”

He’s scheduled to play in the PGA Championship next week at Whistling Straits in Wisconsin.

“I don’t feel very well, so I’m going to rest the next couple days and look forward to hopefully playing in the U.S. PGA,” Montgomerie said.

Fred Couples, the winner last year, finished with a 68 to tie for fifth at 10 under.

Jimenez had a 74 to drop into a tie for 12th at 8 under. He matched the course record Saturday with a 61.