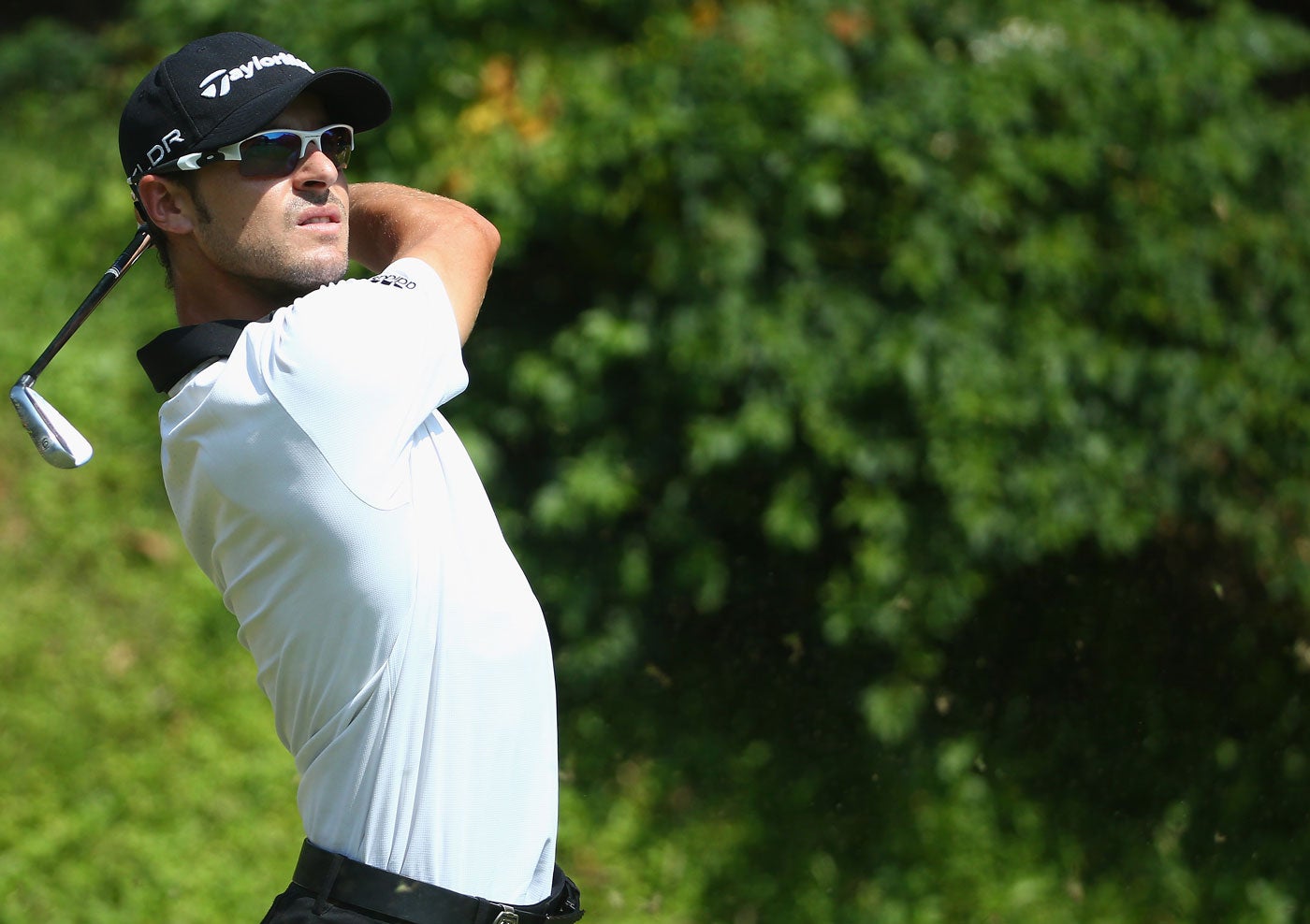 Javier Colomo made the first ace on a par-4 in European Tour history.
Getty Images

BEL OMBRE, Mauritius (AP) Javier Colomo pulled off the first hole-in-one on a par four in European and Asian Tour history to make the cut at the Mauritius Open on Friday.

Colomo sent his tee shot 330 yards (302 meters) with the driver and straight in at No. 9 – his last hole – for a rare albatross, or double eagle.

The European Tour said the Spaniard’s ”outrageous” shot was the first of its kind in the history of the two tours. Colomo needed to birdie the hole to make the cut.

”We couldn’t see but we heard some guys shouting,” he said. ”We couldn’t believe that. … When we were on the fairway we couldn’t see the ball on the green, and then one guy told me that the ball was in the hole. It was a perfect shot.”

Colomo’s feat stole the spotlight from Thorbjorn Olesen, who made five birdies in six holes to open a one-shot lead.

Olesen’s run of birdies from No. 4 to No. 9 propelled him to 9-under 133 overall, and the second-round lead at Heritage Golf Club on the Indian Ocean island. It’s the Dane’s first tournament in three months after hand surgery.

Kiradech Aphibarnrat, the Race to Dubai’s highest-ranked player in Mauritius, withdrew after an opening-round 77.

Olesen shared the first-round lead with Wang Jeung-hun and Carlos Pigem, and despite some early progress from Pigem, claimed it for himself with another strong day. It didn’t start too strong, with bogeys on his first and third holes, but Olesen recovered for that clutch of birdies at the back end of his opening nine.

Sweden’s Edberg moved into contention with an eagle and four birdies to move up 12 places.

Aiken holed a long uphill putt for the first of three birdies in his last four holes, to join fellow South African Burmester and England’s Fitzpatrick in the pack chasing Edberg and Olesen.

George Coetzee, the highest-ranked player at the tournament, carded six birdies and two bogeys, good enough to move up into an eight-way tie for sixth, four shots behind Olesen.