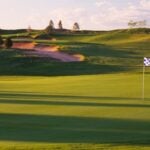 Butterfield Trail has consistently been ranked as one of the country's top munis.

The prognosis for golf was grim this spring.

The coronavirus pandemic was ramping up and the economy hemorrhaging jobs. With much of the country in a holding pattern, some golf courses were forced to close for an extended time. Some clubs in the sport’s upper crust were spared, kept afloat by lavish membership dues and nest eggs saved for a rainy day. But courses that had been operating at the margins of profitability, like so many American small businesses, weren’t so lucky.

During the peak of the closures in mid-April, an estimated 50 percent of public courses shuttered. Municipal courses were among the most affected. Government funds were tied up in far more pressing social issues, so golf courses were low priority. As spring turned to summer, some were able to bounce back. Others had no choice but to stay closed, the last shots on their fairways unknowingly struck months prior in a strangely foreign pre-pandemic world.

El Paso’s Butterfield Trail Golf Club was among those that decided to close for good.

“El Paso International Airport (EPIA) will close Butterfield Trail Golf Club by May 31, 2020 in order to reduce expenses and focus on essential airport operations,” the press release bluntly stated. “EPIA, in response to the health and economic crisis, has made and continues to make major cuts to operating expenses.”

Air travel has been among the most afflicted industries during these times, with numbers of passengers resembling those of the 1950s. Butterfield Trail in El Paso, Texas, was subsidized by the airport and already operating at an annual loss. Closing was a logical, yet somber, choice.

It was a tough blow, seeing a terrific golf course like that go away. Butterfield was consistently lauded as one of the best municipal courses in the country, and for the price (just $39 with a cart!) it was one of the best deals, too. Dunes outlined the Tom Fazio design, and mountains in the distance gave it a breath-taking backdrop. For me, it was personal, too: I made the yearly pilgrimage out west for high school tournaments from my Texas panhandle hometown. Seeing it close was another reminder that those cherished moments are precious — and fleeting.

But after a peculiarly golfless summer in east El Paso, something happened: An investor, aware of Butterfield’s beauty, saw an opportunity in the shuttered business. The two sides came together, seeking a compromise that would work for all four invested parties: the municipality, the new investors, the course employees and the golfers who call its fairways home.

“I think it’s one of the premier properties in western Texas and southwest New Mexico,” Barranger said in an interview with the El Paso Times. “It’s really a property that we as golfers and we as a community need to keep.”

The course is now open and booking tee times — just in time for Labor Day weekend, and the resurrection means more for the community than just 18 holes of proper greenspace. The economic impact will be felt as well with Butterfield hiring back former employees and adding staff on top of that.

“We’re definitely having a financial impact in the community in bringing back jobs to the community and the area,” Barranger told local NBC affiliate KTSM. “We’re going to be continuing to hire, so we’re not done with that. We got a long way to go to get it full staffed.”

And while the former management group lost $1 million per year, Spirit Golf will prioritize profitability — a huge benefit for the city. The agreement promises a certain percentage of revenue from green fees, food and alcohol sales with a minimum of $125,000 guaranteed in the first three years. From 2024 forward, that guarantee bumps up to $191,000 for the city of El Paso.

“Over the term of the contract we’re going to save $20 million, (and) that’s a big deal,” said Terri Sharpe of the city’s aviation department, which is responsible for the land Butterfield sits on. “And the profit from the concessions agreement we estimate $3 million, so a profit of $23 million over the term of the lease.”

In a time when budgets are under magnifying glasses, that’s a serious haul. And with golf becoming more and more popular as the go-to socially distanced sport, Butterfield has many reasons to be optimistic about the future.

As I penned in my farewell ode to Butterfield, I always dreamed of making that drive back out El Paso to get another crack at the desert links. I look forward to the day when I make that drive again. Planes buzzing overhead and the dunes rising in the distance, perfectly framed by the mountains beyond.

The dream is still alive.