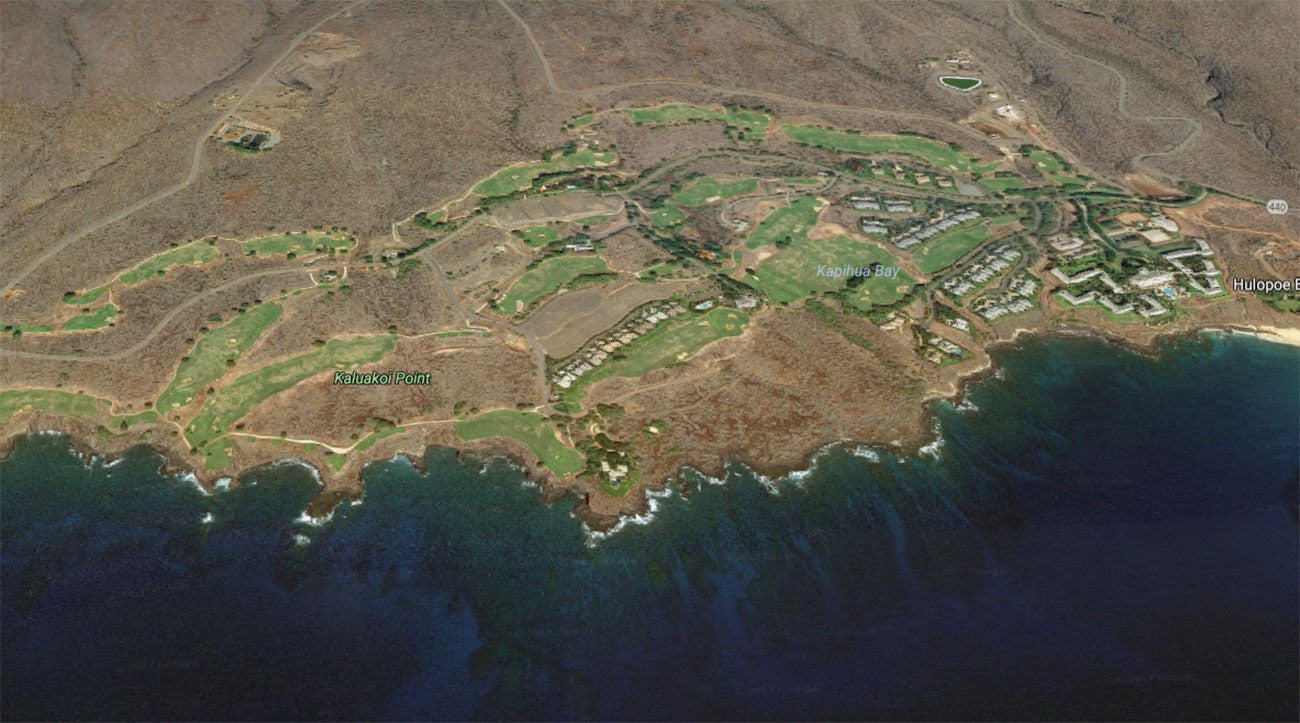 Google Earth images of these golf courses will blow your mind

This posh coastal retreat designed by Donald Ross challenges with palms, sea grape bushes, ocean breezes and a varied routing that encompasses two dune ridges. So impressed was Ben Hogan with Seminole's virtues, that he would play and practice here for 30 straight days each year leading up to the Masters.

Venue for the 2004, 2010 and 2015 PGAs, this 1998 Pete Dye design on Lake Michigan was once a military training base in World War II. Eventually it became a site for illegal dumping of toxic waste. Dye and owner Herb Kohler moved 3 million cubic yards of dirt, trucked in 7,000 loads of sand to create the hills and bunkers and relocated the bluffs farther back from the shore. All Kohler told Dye was 'I want the course to look like it's in Ireland.' Mission accomplished.

Bill Coore and Ben Crenshaw had to move only teaspoons of dirt to construct the most natural, hew-to-the-land layout built in the past 50 years. Rolling, sandy terrain, rippled fairways crafted to accommodate ever-present winds, wavy prairie grasses and gigantic 'blow-out' bunkers create the sensation of being seaside in the middle of land-locked Nebraska.

As Alister MacKenzie himself must have felt about his 1928 design, it's almost inconceivable that land this stunning was made available for golf. For the lucky few who have access to super-exclusive Cypress, they're privileged to enjoy the best walk in the sport.

Venue for the Players Championship since 1982, Pete Dye's imaginatively-designed and occasionally terror-inducing track has crowned winners such as Tiger Woods and Phil Mickelson. One of the wildest finishes took place in 2013, when Sergio Garcia, tied with Woods, splashed two tee shots at the infamous island-green 17th. Some sniff at its artificiality, yet for shotmaking options and memorable individual holes that require a blend of power and finesse, TPC Sawgrass has few peers.

There's no secret as to why Pine Valley has been ranked No. 1 in the World by GOLF Magazine since 1985. Uniquely beautiful and brutal, 99-year-old Pine Valley serves up multiple forced carries on holes that hopscotch from one island of turf to the next.

The birthplace of golf features multiple blind bunkers, huge double greens, quirks such as the Road Hole and Hell Bunker and strategic options that vary by the day. The emphasis on variety and strategy became foundations for all great designs in years to come, including Augusta National.

The first great American public seaside course, Pebble benefited from an ingenious Figure-8 design that brought the player right to ocean's edge, then away into the woods, then back again.