While the rest of the internet has gone full TV critic in dissecting the latest plot developments in Game of Thrones, I’m here thinking about, well, development development. With the mounting number of casualties across Westeros, the local economies will be in need of a bit of a kick-start, and maybe even some outside tourist money.

With that in mind, I took a keen eye to some of the more attractive sites in The Known World to find where an architect might find a proper site. Here are five of the best.

Dragonstone is a course developer’s dream. Island location. Sweeping views. Near a charming town. Massive clubhouse. Unique wildlife. And difficult to attack from the sea! (Not a trait shared by most country clubs.)

Course architect: Daenerys Targaryen. Should be able to save money on tree removal thanks to some handy fire-breathers on the grounds crew. Design-build model. 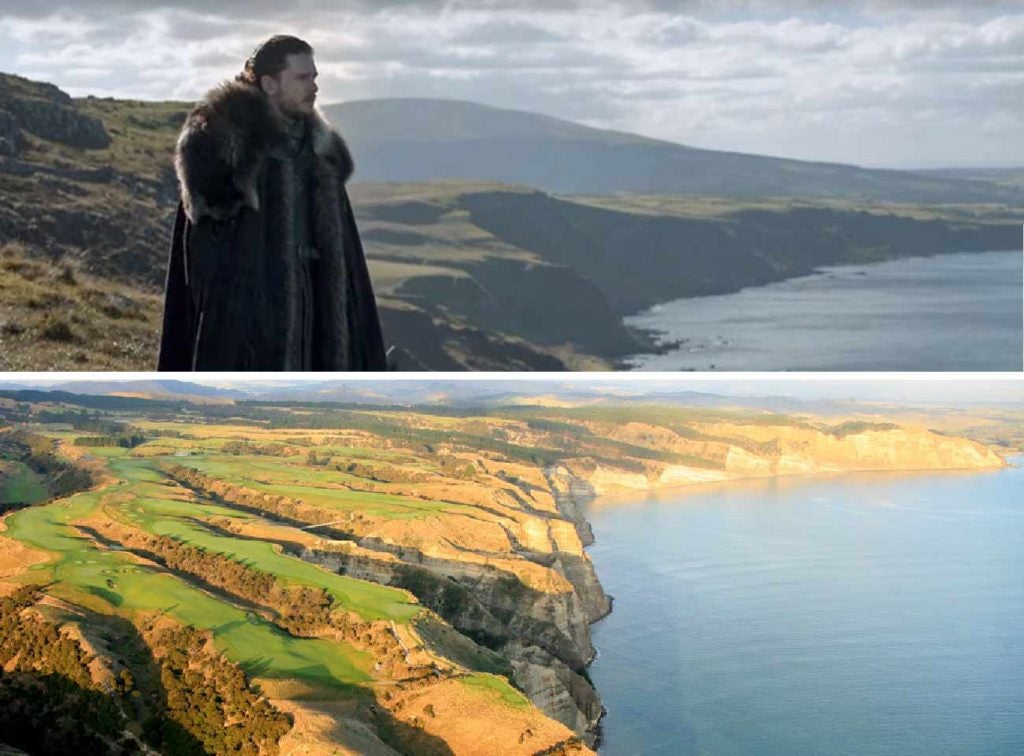 It’s only appropriate that the royal capital of the Seven Kingdoms have a crown jewel golf course. Sure, there’s not much in the way of grass, but there’s money, and an aggressive ruling class, and that’s half the battle.

Earthly equivalent: TPC Sawgrass. Man-made, manufactured, ostentatious and the focal point of a red-roofed palace — like TPC Sawgrass, TPC King’s Landing would serve as a showpiece for its respective governing body. Comparing PGA Tour execs to the Lannisters might jeopardize future media credential requests, so I’ll stop short of that. But we can acknowledge that both groups are quite persistent in spreading the gospel of their own brand.

Course architect: Cersei Lannister. If anybody else oversaw this and misstepped, they’d be killed — in the interest of longevity, best to leave it to the queen. 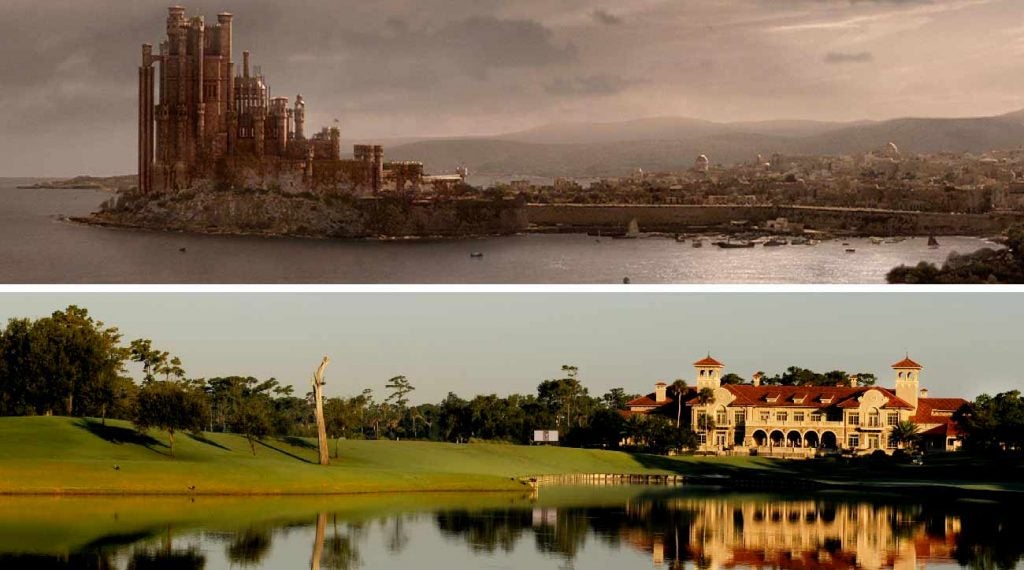 The Red Keep would make for a heck of an iconic clubhouse.

Some golf courses set the tone and the vibe from the moment you roll up the driveway; that’s very much the case with Kingsroad. Whether you’re Arya Stark hiding out in a wagon train heading towards the Night’s Watch or Joe Golfer shelling out for a memorable round in the Riverlands, you’re going to want to stop and smell the beech trees on your way in.

Earthly equivalent: Belfair Plantation, Bluffton, S.C. Sure, you’re swapping out beeches for oaks, and Northern Ireland for suburban Hilton Head, but the effect is the same — and you’ll be well set up for a memorable day of play.

Course architect: Walder Frey. The Freys are rich and they are numerous — or were, at least, at the time of construction. They’re also creepy, which is why they’ll dig the shrouded vibes of this tree canopy. If you belong to the wrong family, I wouldn’t linger too long in this clubhouse after your round. 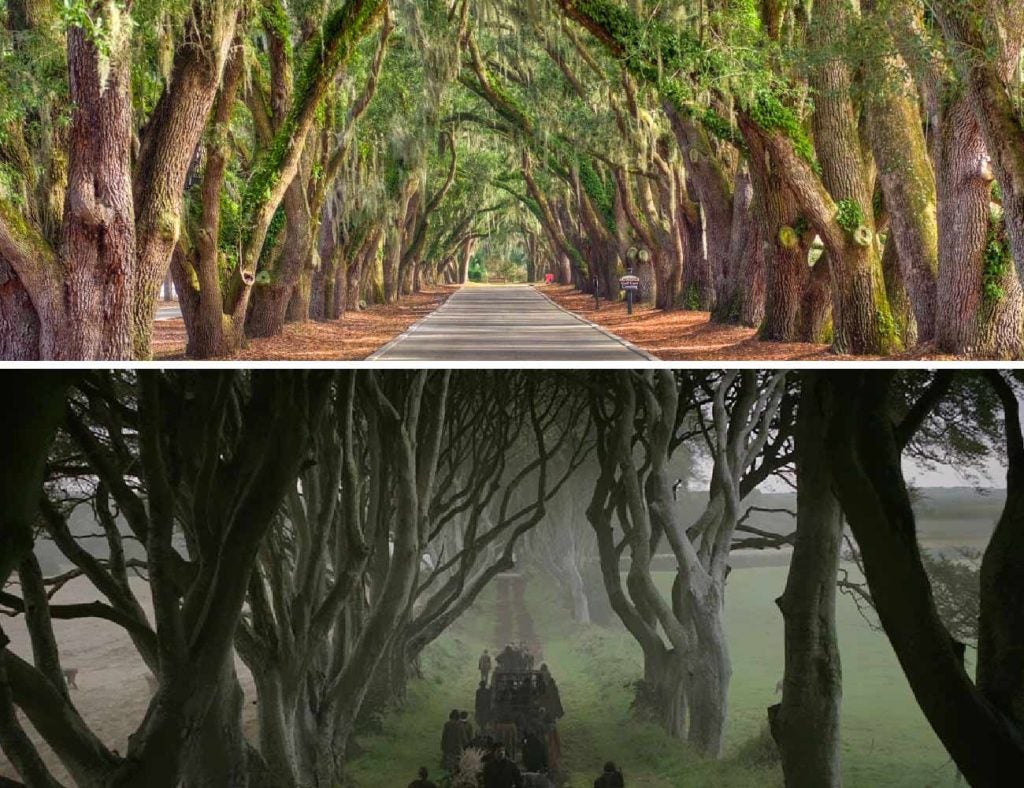 Kingsroad has a tone-setting drive in.

Game of Thrones author George R.R. Martin has mentioned that Casterly Rock was partly inspired by the Rock of Gibraltar; it looks like it’s been hewn from a mountain. Check out those craggy cliffside possibilities!

Earthly equivalent: Cabot Cliffs, Nova Scotia, Canada. What may be the best course in Canada also has its most dramatic setting; Coore and Crenshaw would do Casterly Rock similarly proud, if given the chance. 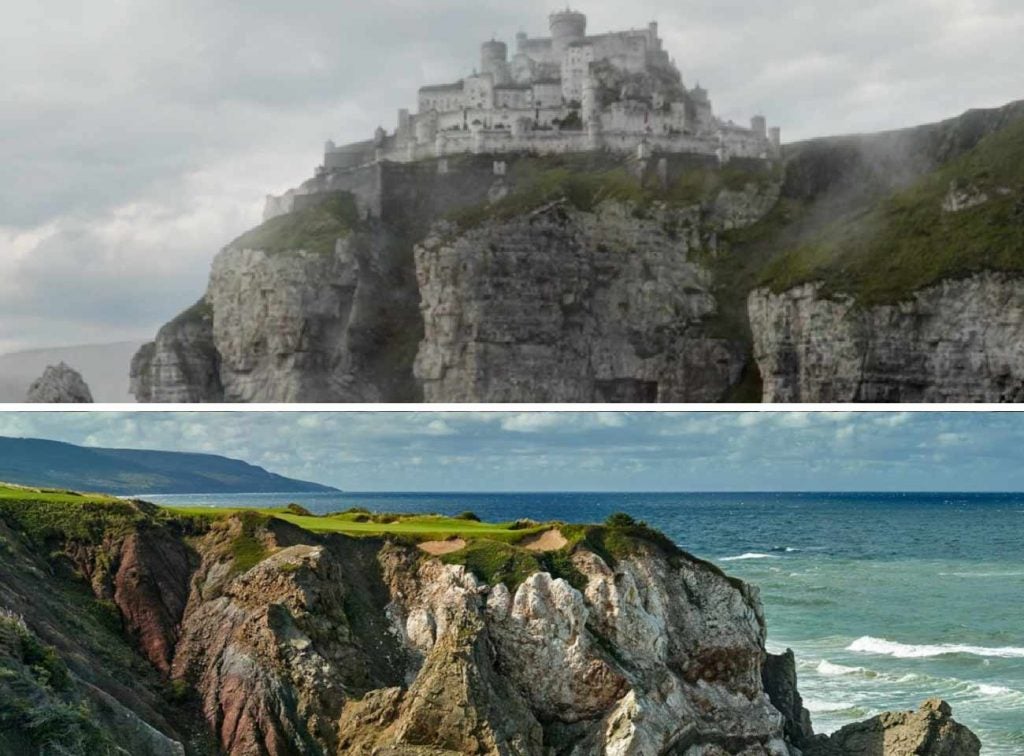 Casterly Rock and Cabot Cliffs have a strikingly similar aesthetic.

5. THE OLD COURSE AT WINTERFELL

It lacks the spectacular setting of a cliffside palace, but it’s a classic, and when the weather turns sour, this place has some teeth.

Course architect: Ned Stark, of course. He comes from a house that lasts; his golf course would have, too. Even if it’s under a bit of ice at the moment. 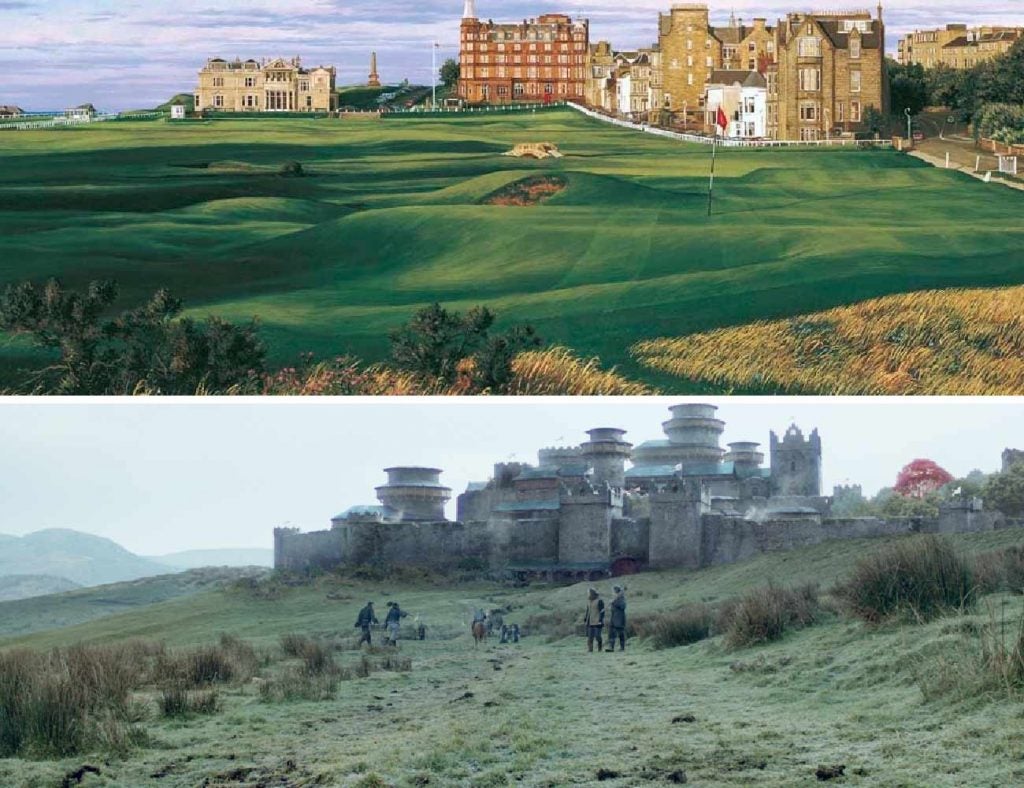 St. Andrews and Winterfell each play host to classic venues.