Ernie Els Used a Tip to End His Streak 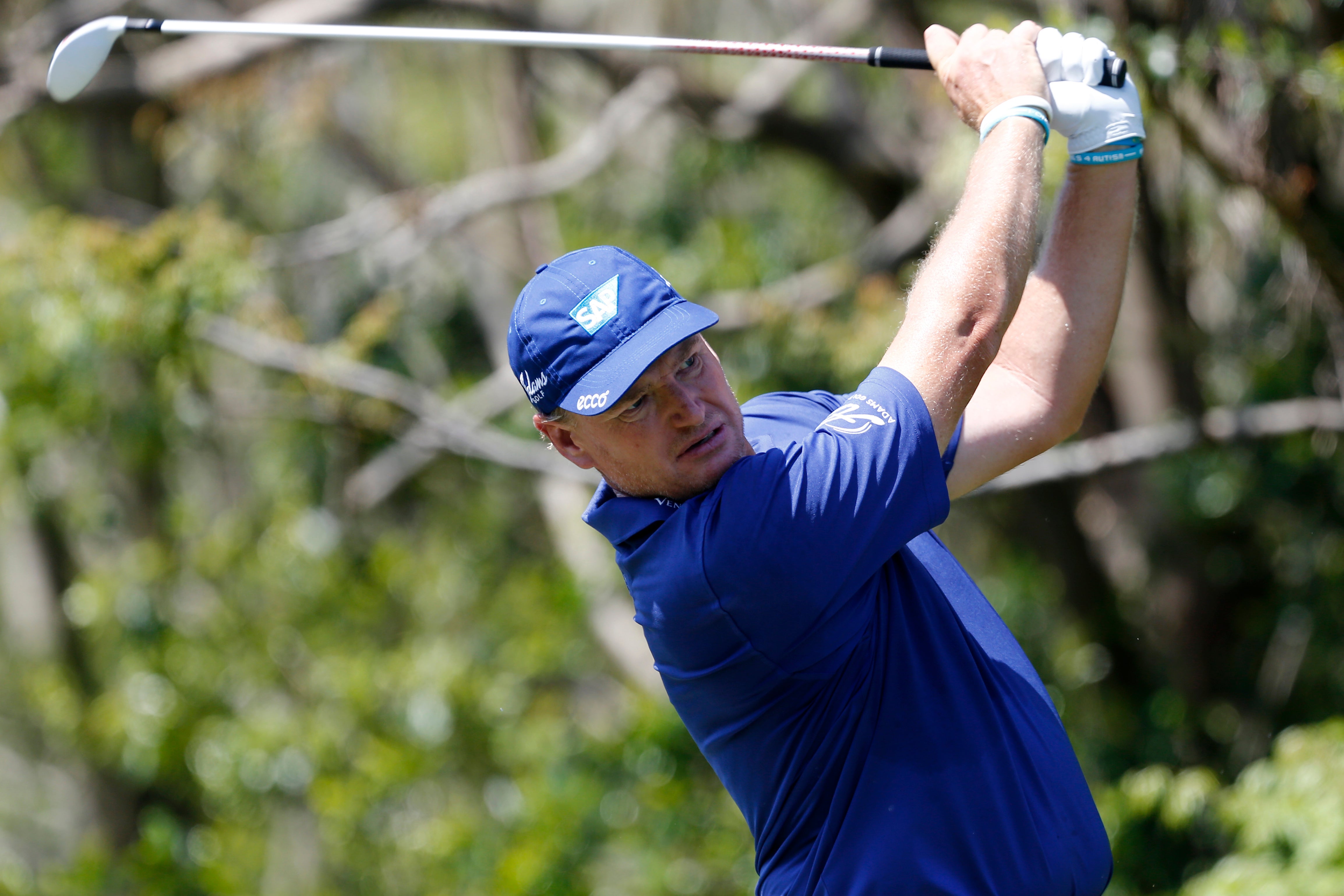 Ernie Els, of South Africa, tees off on the third hole during the third round of the Arnold Palmer Invitational in Orlando, Fla., on March 21, 2015.
AP Photo

ORLANDO, Fla. (AP) Ernie Els showed up at Bay Hill having missed the cut in four consecutive tournaments, the longest such streak of his career since 1993 when he missed the cut at the Honda Classic, Bay Hill, The Players Championship and the Benson & Hedges Open in England.

The streak stopped at four. Els not only made the cut — he tied for 13th.

Els felt as if he was on the right path, and part of that was helped by running into Larry Rinker, who reminded the Big Easy of his Hall of Fame career and even offered a putting tip that seemed to have worked.

”It was nice to hear a fellow player compliment you a bit,” Els said. ”We go back to the early `90s. We played a lot of golf together. He remembers me as a good putter. He said, `You are a good putter.’ We looked at tape the other day before I went to Tampa, and he saw it immediately. My left hand was too weak.”

Els needed all the birdies he could muster at Bay Hill, scratching out a 72 in the third round despite being 4 over through six holes. His closing 68 gave him his best finish on the PGA Tour since he tied for fifth at The Barclays and should at least give him some positive feelings heading into the Shell Houston Open and then the Masters.

That he ended the streak at Bay Hill was appropriate on at least one level. Els and Arnold Palmer go back more than 20 years. They first met at Bellerive for the 1992 PGA Championship. 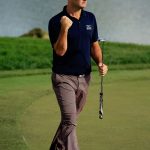 You may also like 2015 Arnold Palmer Invitational at Bay Hill

”He’s a man of his word,” Els said. ”He said he liked my game and I would have a spot in his tournament. I came here in `93 and played with him. He made the cut and I missed the cut. And we’ve been friends ever since.”

MASTERS TRIVIA: The Masters traditionally gets the highest ratings of any golf tournament in the world.

It wasn’t always that way.

In his book, ”The Story of Augusta National Golf Club,” co-founder Clifford Roberts wrote that all CBS broadcasting stations within approximately 200 miles of the club were blacked out during the first Masters telecast in 1956.

”This was done, of course, to help the sale of admission credentials,” Roberts wrote. ”When such sales were sufficient to provide adequate receipts, the club gradually lifted the blackout.”

He said the last of 11 stations that had been blacked out were ”privileged to carry the Masters telecast” in 1969.

THE REAL EXAM: Amy Anderson has something few other LPGA pros have to fall back on if she ever tires of playing golf. She’s a certified public accountant.

Anderson, who won a record 20 tournaments at North Dakota State, is in her second year on the LPGA Tour and played on the Curtis Cup team in 2012. As much as she loves golf, she was equally determined to pass her CPA exam.

”It was actually one of my goals since I started and majored in accounting,” she said. ”I want to have that credential under my belt, and whether or not I was playing, it was just something I wanted to do. So I worked at that, and thankfully, I was able to do it. Now looking back, I realize how difficult it was.”

”My final one was about four days after I got back from Australia,” she said.

She was playing golf a few weeks ago with members at her home course when she got an email that she had passed the exam.

”I couldn’t really get too excited because they didn’t actually know that I was studying for it,” she said. ”So I didn’t want to freak out and brag on myself. I just stood there and kind of giggled to myself in my cart.”

DINNER BELL: Adam Scott gets a new experience at the Masters this year – his first Champions Dinner in which someone else picks the menu.

”I’m pointing the finger straight at Bubba to serve up something good,” Scott said.

That would be Bubba Watson, who in 2013 served grilled chicken, mashed potatoes, corn, and macaroni and cheese.

”I don’t eat cheese at all,” Scott said. ”I’m really hoping for that not to be on the menu.”

A year ago, Scott served an artichoke and arugula salad, Australian beef with Moreton bay bugs (an Australian lobster) and strawberry and passion fruit pavlova.

MADEIRA RESCHEDULED: European Tour and Challenge Tour members who lost a start when the Madeiras Islands Open in Portugal was canceled because of bad weather will at least get another chance. The tournament was rescheduled for July 30-Aug. 2.

Strong wind, dense fog and then heavy rain forced organizers to reduce the tournament to 54 holes, then 36 holes, and then cancel it all together last week.

The tournament counts toward the Race to Dubai and the Challenge Tour money list. It now will be played opposite the Paul Lawrie Match Play.

”Given the importance of the Madeira Islands Open and our close working relationship with the golf club and sponsors, we were very keen to reschedule the tournament and the fact that we have managed to do so this quickly is testament to the desire and commitment of all parties to reach an agreement,” said Keith Waters, chief operating officer of the European Tour.

Past winners include Peter Uihlein in 2013 and Ricardo Santos in 2012. Both went on to be voted rookie of the year.

DIVOTS: The PGA Championship returns to Whistling Straits for a third time this year, and all volunteer positions have already been filled. The final major will have 3,400 volunteers from 42 states and five countries for the Aug. 13-16 tournament. … There have been 19 winners in 19 events on the PGA Tour this year, the longest stretch without a multiple winner since 1994. However, Matt Every (Bay Hill) became the third player this year to successfully defend. The others were Jimmy Walker (Sony Open) and Ryan Moore (Malaysia). … Dustin Johnson is playing the Valero Texas Open, site of his first PGA Tour event in 2007. He missed the cut, and then earned his card through Q-school.

STAT OF THE WEEK: Brandt Snedeker became the 31st player to go over $25 million in career earnings.

FINAL WORD: ”The only downside of playing is not watching on TV.” – Adam Scott on the Masters.