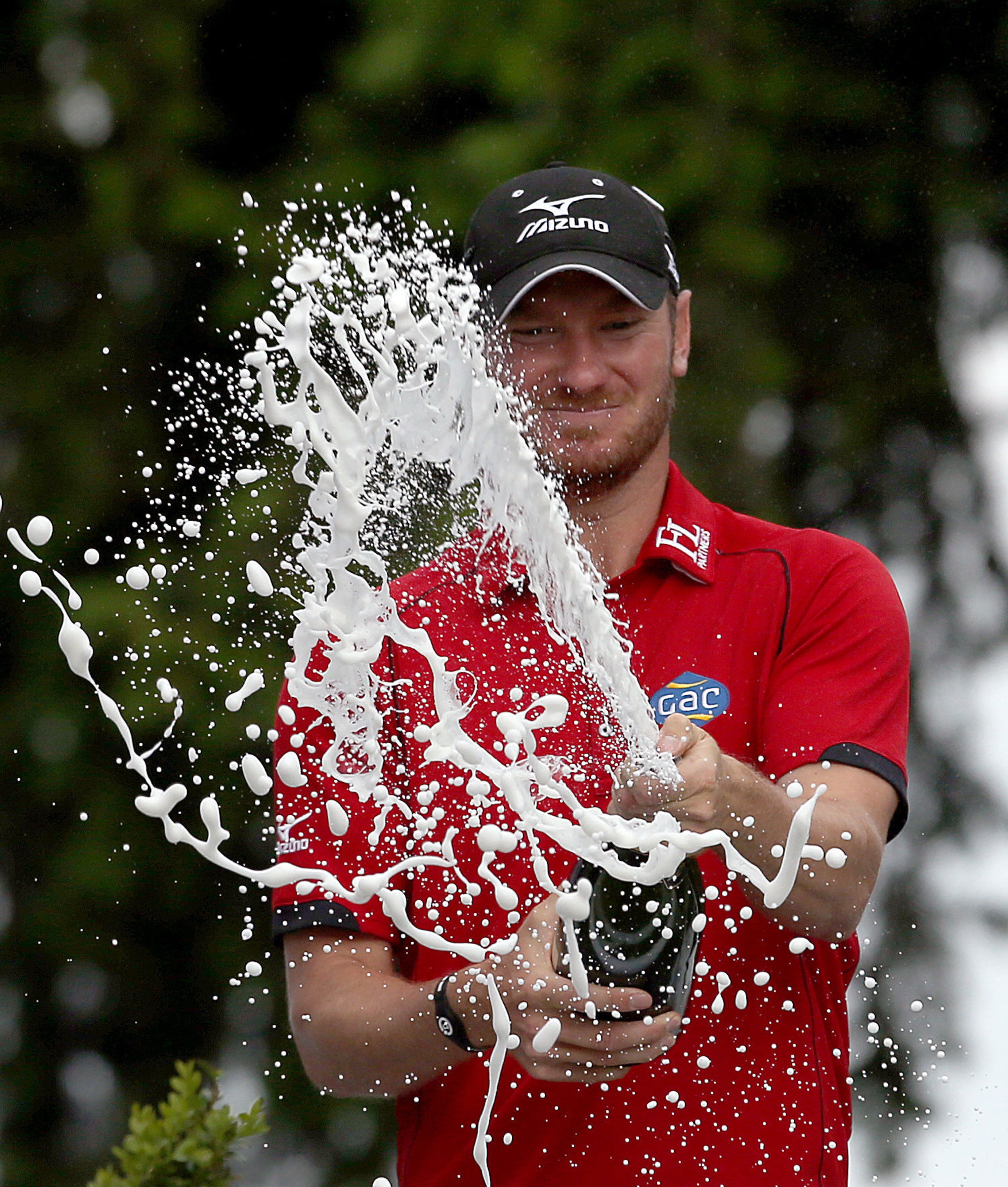 VIRGINIA WATER, England (AP) Chris Wood knew well enough not to take victory for granted at the BMW PGA Championship on Sunday, even when holding a four-shot lead with seven holes to play.

The back nine has bitten many players at Wentworth this week – Masters champion Danny Willett in particular – and Wood nearly joined the list, with his lead whittled down to one stroke teeing off on the last.

With his parents and fiancee standing behind the 18th green, Wood played it safe from the middle of the fairway. Two sand wedges and two putts later, the Englishman was looking to the sky and celebrating the third – and easily the biggest – victory of his career.

Not only is Wood about $930,000 richer thanks to this life-changing win, he will wake up on Monday inside the top 25 in the world and with his tour card secured through 2021. Most importantly, he is – as it stands – in an automatic qualifying place for Europe’s Ryder Cup team for the match in Hazeltine starting September.

”That’s the biggest thing I can take from this,” Wood said. ”It’s something I need to start getting my heard round.”

The Englishman most people expected to win this week was Willett, and the owner of the green jacket was one of 16 players to start the final round within five shots of overnight leader Scott Hend.

Willett double-bogeyed No. 3 but regrouped to shoot 71 and finish alone in third place on 7 under. At one stage on Friday afternoon, he was on 12 under and held a five-shot lead.

”There’s a lot of good in there,” said Willett, who shot 39 and 41 on the back nine this week. ”But then the bad shots around here this week have been pretty bad. Just very up and down.”

Hend will no doubt agree.

The Australian started the day with a one-stroke lead and took two shots out of a fairway bunker to make double-bogey on No. 1. He dropped nine shots in his first 10 holes to tumble down the leaderboard and wound up shooting 78, tying for 15th.

Wood’s wobbles came much later. He went round the front nine in record-tying 29 thanks to four birdies and an eagle at the par-5 4th, then made another birdie at No. 11. He dropped shots on Nos. 14, 16 and 17, without – according to Wood – really playing a bad shot, but held his nerve down No. 18.

Wood never looked at a leaderboard all round.

The 54th-ranked Wood’s previous European Tour wins came in Qatar in 2013 and in Austria last year. He led the BMW PGA Championship by two shots after three rounds in 2010, only to shoot 77 to fall away.

This time, he made no mistake.