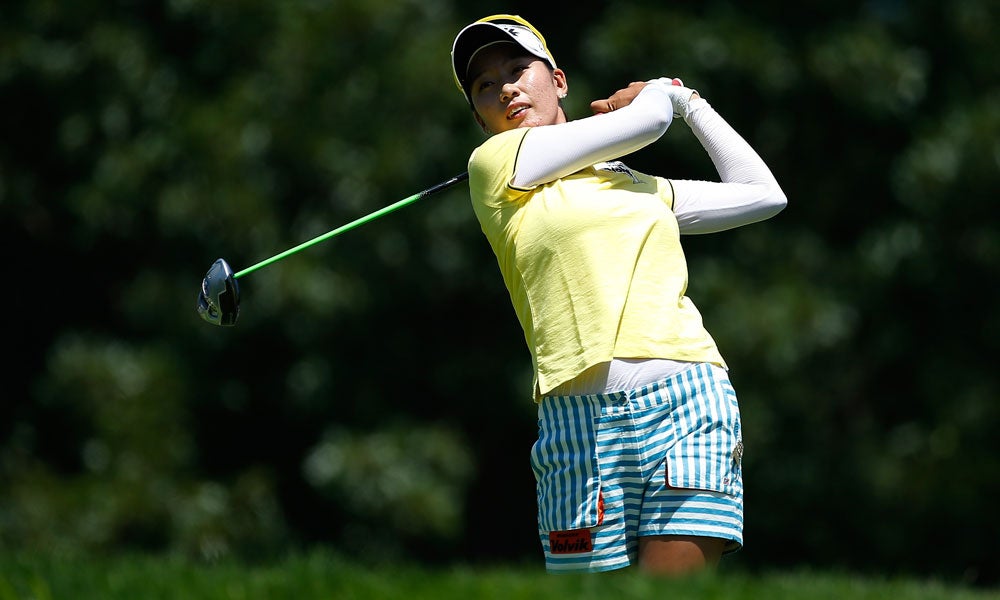 Chella Choi's 64 is the lowest third-round score in championship history.

LANCASTER, Pa. (AP) South Korea’s Chella Choi shot the first nine-hole score of 29 in U.S. Women’s Open history, but missed a three-foot putt on her final hole that would have matched the championship’s single-round scoring record, settling for a third-round 6-under 64.

The 24-year-old Choi capitalized on the cool, calm conditions early Saturday at Lancaster Country Club and reeled off six birdies on the front nine for a record 29. She was inconsistent on the back with three bogeys and three birdies.

Needing a par to match championship scoring record of 63 by Helen Alfredsson in 1994, Choi’s short par attempt at the 18th horseshoed out of the hole.

Despite the final bogey, Choi’s 64 stands as the lowest third-round score in championship history and moved her into contention at 2 under with a round remaining.