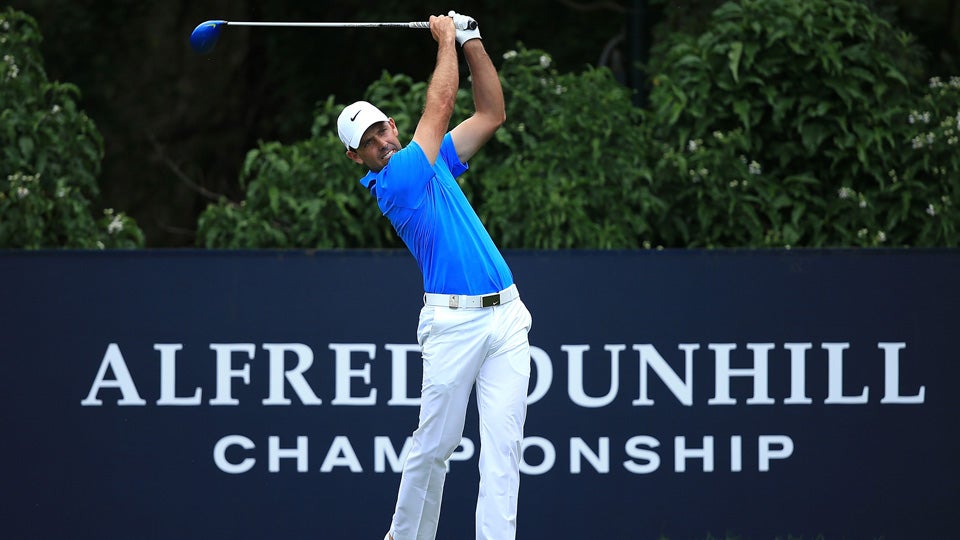 Charl Schwartzel tees off during the final round of the Alfred Dunhill Championship at Leopard Creek Country Golf Club on Nov. 29, 2015, in Malelane, South Africa.
Jan Kruger/Getty Images

Schwartzel’s fourth triumph at the Alfred Dunhill was ultimately comfortable as he finished with a 2-under 70 for a 15-under total of 273. Schwartzel also claimed a small piece of history for himself by becoming the first South African to win a European Tour event four times.

Schwartzel won ahead of a group of Frenchmen who chased him on the final day at Leopard Creek Country Club. Gregory Bourdy was second on 11 under, Benjamin Hebert was third on 10 under, and rookie Sebastien Gros finished fourth on 9 under.