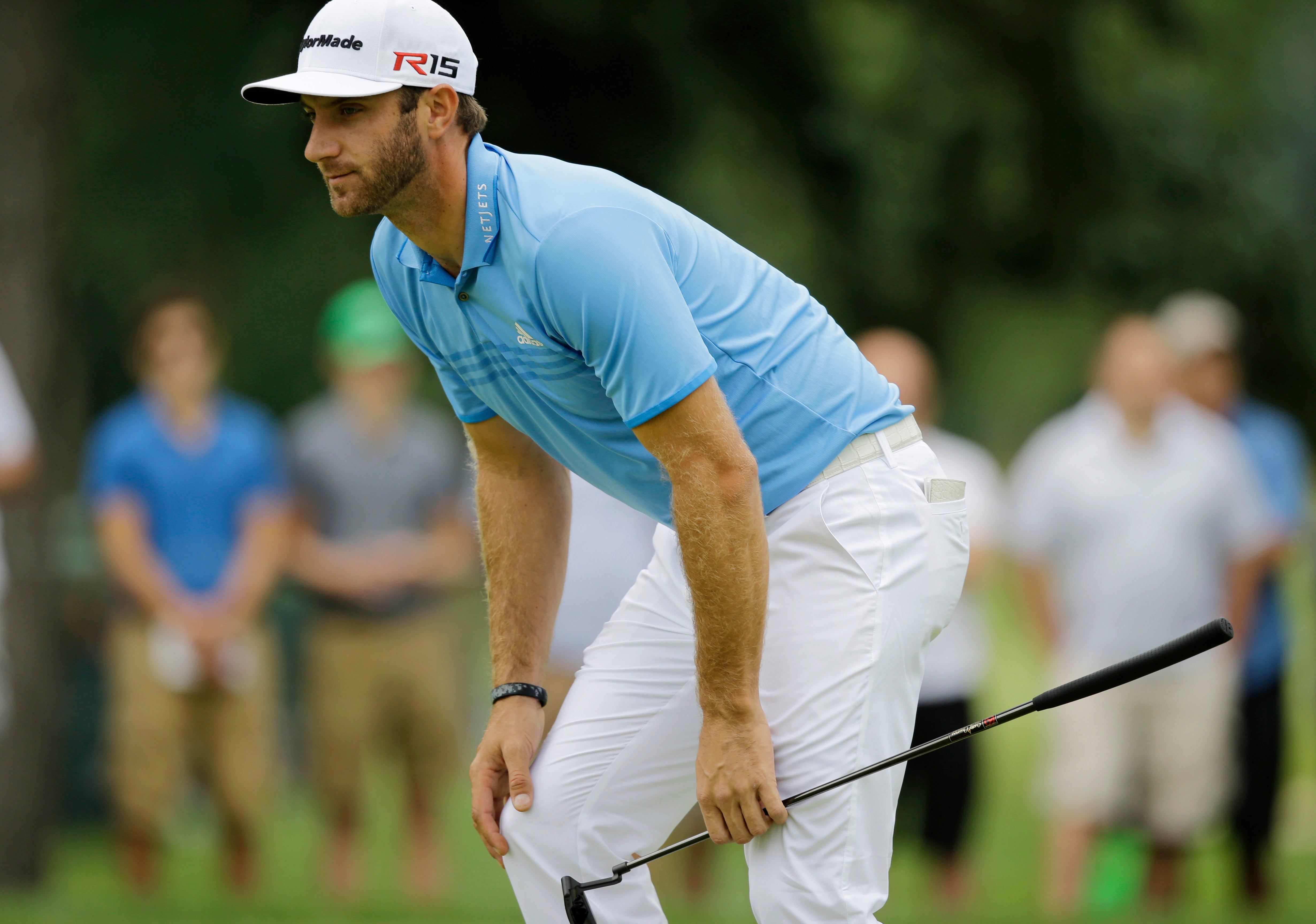 Dustin Johnson during the first round of the Bridgestone Invitational.
AP Photo/Tony Dejak

AKRON, Ohio (AP) — Dustin Johnson won’t be able to ground his club in the same bunker at Whistling Straits that cost him in the 2010 PGA Championship.

It has been covered up by a viewing area.

The PGA Championship returns to the Wisconsin course along Lake Michigan next week. Graeme McDowell played a practice round at Whistling Straits on Tuesday and said he noticed a ”stand” over the bunker that Johnson made so famous.

Johnson had a one-shot lead in the final round in 2010 when he grounded his 4-iron in the sand before hitting his shot to the 18th green. He said later he didn’t realize it was a bunker. He was penalized two shots after the round, turning his 71 into a 73 and costing him a spot in the playoff won by Martin Kaymer.

PGA of America championship director Kerry Haigh confirmed in an email Thursday evening that the spot where Johnson grounded his club will not be in play this year.

”Part of the changes we have made to improve the spectator experience for the championship is to bring and build more grandstands and viewing areas on the course that can view golf holes or the lake,” Haigh said. ”That includes viewing areas to the right hole 18 which does cover over part of the bunker that Dustin was in.”

Johnson remains without a major.

A year later, he hit a 2-iron out-of-bounds at Royal St. George’s when he was closing fast on Darren Clarke in the British Open. Earlier this summer, he had a 12-foot eagle putt on the 18th hole at Chambers Bay to win the U.S. Open. The downhill putt went 4 feet by, and he missed the birdie putt to finish one shot behind Jordan Spieth.

”With there being over 1,000 bunkers on the course, there are others that have been covered, but also still plenty left remaining in play,” he said in the email.