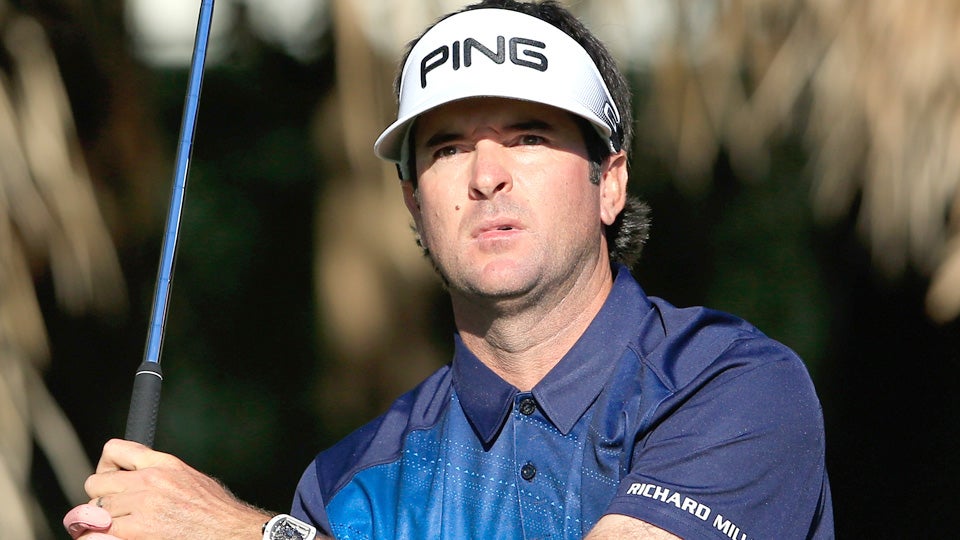 Watson decided to pull out late last week after feeling a little tightness in his lower left back. The two-time Masters champion felt he needed another week of rest, and needed to the tell Palmer in person.

Watson said he drove over to Bay Hill on Friday with his 4-year-old son, Caleb, to explain to Palmer why he wouldn’t be playing. Watson has a membership at Bay Hill.

“I thought if Caleb was with me it would be easier,” Watson said with a laugh after going on the Golf Channel, which has a set on the Bay Hill practice range. “I came over right before the deadline (to enter) to tell him I pulled out, just talk to him about life, give him some energy, trying to encourage him as much as I could, if he even needed it from me.” Watson posted a photo on Twitter last week of his son sitting on the lap of the 86-year-old Palmer.

“He’s the one who picked Caleb up and put him on his lap. I didn’t do it. I didn’t stage it or anything,” Watson said. “I said, ‘Do you mind if I take a picture?’ And after I left, I called back and asked if it was OK to post it to social media.’”

He said Palmer talked more about Watson’s son than he did golf, Bay Hill or the Masters.

Watson did not sound overly concerned about his lower back. He said he noticed something wrong after a 4-iron he hit out of divot during the third round at Doral, and another shot out of a divot with a 5-iron on the 18th hole.

“It was right after impact the tightness was happening and pain where I could feel it,” Watson said.

The schedule had a part in his decision, too. Watson has the Dell Match Play next week, and then the Masters two weeks later. Watson, who won at Riviera and was runner-up at Doral, is considered a top favorite at Augusta National.

With the Olympics in August, golf has crammed several big tournaments together, such as the final two majors played in a three-week span before Rio.

“You have to look at the big picture,” Watson said. “The big picture is the Olympics, the Ryder Cup. … A lot of therapy and a week of rest, I thought that would be the best for me going forward.”