Atlanta vs. New England: Who wins the golf battle? 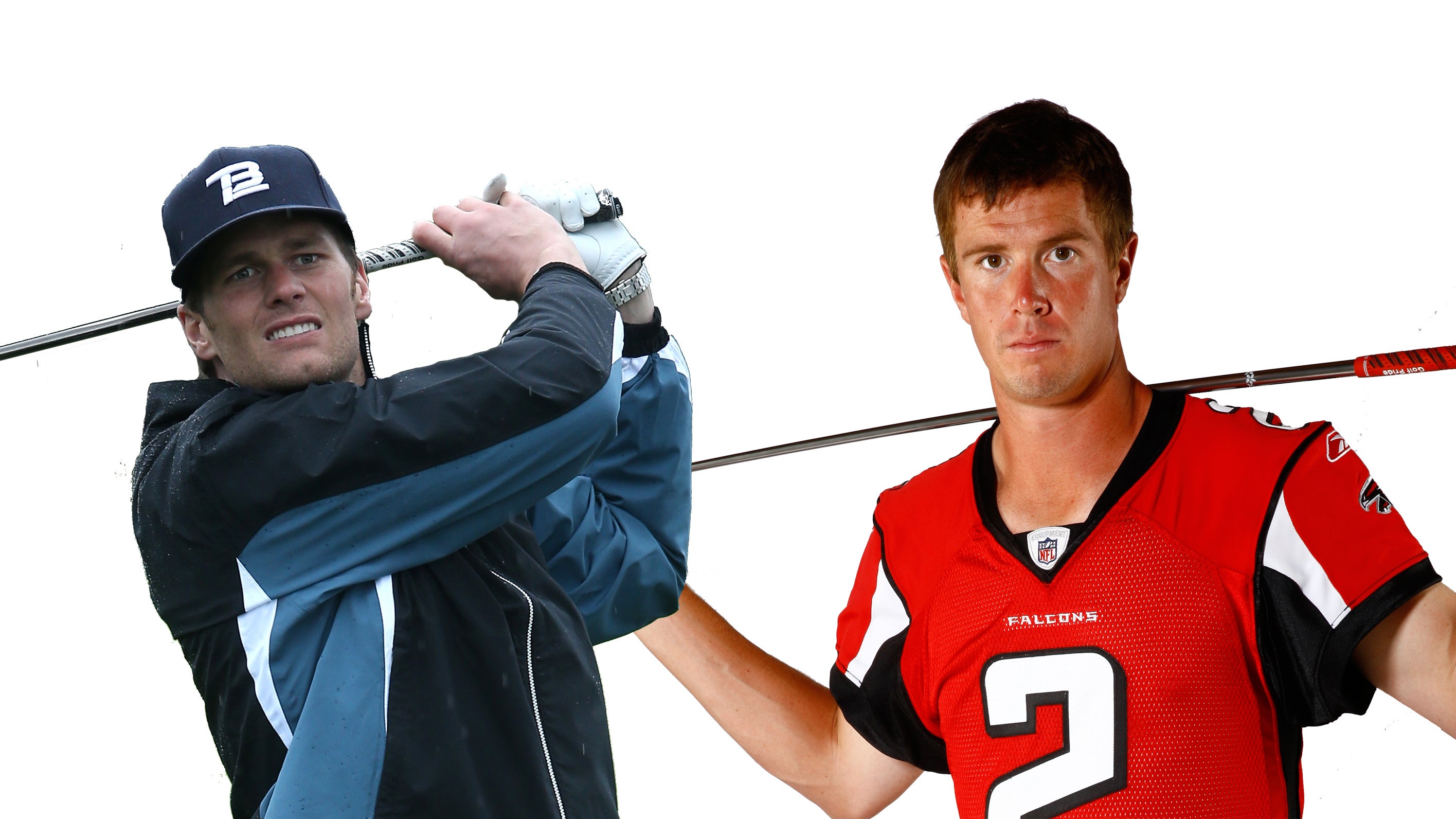 To help sort out the X’s and O’s when the Atlanta Falcons meet the New England Patriots, turn to the experts at Sports Illustrated. As for the golf battle, here’s how we see it.

We’re kicking off with the most competitive category, so buckle up. In most head-to-head matchups, East Lake would romp. Not here. Yes, 109-year-old East Lake is the feel-good urban restoration project that has now hosted 16 Tour Championships. It was also venue for the 1963 Ryder Cup, a 23-9 snoozer won by the U.S. And yes, it’s the course where Grand Slammer Bobby Jones learned the game; his boyhood home is located down the street.

For sheer history, though, The Country Club in the Boston suburb of Brookline stands alone. In 1894, it was one of the five charter clubs that founded the United States Golf Association. Local amateur Francis Ouimet’s shocking upset of top British professionals Harry Vardon and Ted Ray to win the 1913 U.S. Open put golf on the map in the United States, and eventually spawned the book and movie, “The Greatest Game Ever Played.” The 1963 U.S. Open witnessed the highest winning score total in modern history, when three players finished 72 holes at nine-over-par 293. Julius Boros beat Arnold Palmer and Jacky Cupit in the playoff. Rees Jones ignited the classic restoration craze with his inspired reworking of The Country Club ahead of the 1988 U.S. Open, when Curtis Strange clipped Nick Faldo in yet another playoff. And unforgettable is Justin Leonard’s 45-foot 17th hole bomb that sealed the 1999 Ryder Cup for the U.S.

Matty Ice, as Falcons flamethrower Matt Ryan is known, is a serious stick. He has played to a plus-1.2 handicap, hosts an event each year at former PGA Tour stop TPC Sugarloaf and once finished 36th in the American Century Championship, the Lake Tahoe celebrity tournament. Most impressively, he appeared in GOLF Magazine in September 2010.

Tom Brady’s game hovers between an 8 and a 10, unofficially these days, but he’s put his swing on display on some big stages, including multiple appearances in the AT&T Pebble Beach Pro-Am and on the HBO series, “Entourage” in 2009. Perhaps a little of Rory McIlroy’s magic rubbed off on him during their Augusta National game a few years back, but not enough.

Neither metro area boasts any daily-fee superstars, but there are plenty of winners nonetheless. Using a 45-minute drive as our cutoff point, the top public track in Atlanta is Bear’s Best, where Jack Nicklaus took 18 of his favorite designs and replicated them on a rolling, wooded tract in the northeast Atlanta suburb of Suwanee. Standouts include versions of two legendary, watery par-3s, the 15th at PGA National’s Champion course and the 12th at Muirfield Village.

Less than 40 miles from Boston sit the two terrific Pinehills courses in Plymouth, on the way to Cape Cod. Debate revolves around which course is better; thanks to its demands on the driver for the stronger player, our pick by a whisker is the Rees Jones course over the Nicklaus Design course. Low sand dunes and pine-accented scrub dominate the Jones layout, notably at the downhill par-5 15th, which peers out over a stew pot of trees and shrubbery.

Bobby Jones may or may not have been the greatest player ever. What’s undeniable is that he possessed the greatest record ever. The Atlanta native grew up at East Lake, in a home across the street from the club and was golf’s earliest child prodigy. He competed in the 1916 U.S. Amateur at age 14, reaching the quarterfinals. Between 1923 and 1930, he competed in 20 major championships and won 13 of them, including golf’s only Grand Slam, all four of the existing majors, in 1930. A lifelong amateur, he retired at the height of his powers at age 28 and later co-founded Georgia’s greatest golf club, Augusta National. That’s tough to top.

Another local boy made good—really good—Francis Ouimet put golf on the American map with his never-been-topped upset victory at the 1913 U.S. Open, played at The Country Club, right across the street from the modest house where he grew up. His singular feat will live forever, when he made the playoff against the world’s top two professionals, England’s Harry Vardon and Ted Ray, then shocked them in the 18-hole playoff, firing a 1-under-par 72, beating Vardon by five and Ray by six. He would later win two U.S. Amateur trophies. Also a lifelong amateur, he competed on the first eight Walker Cup teams and captained the next four and in 1951 became the first non-Briton ever selected to be Captain of the Royal & Ancient Golf Club of St. Andrews. Ouimet was a stud, but this one’s no contest.

Named for the Atlanta golf legend who won the 1934 NCAA Championship and 1938 British Amateur, Charlie Yates was transformed in 1998 from East Lake’s old Number 2 course into a public-access golf haven, complete with an 18-hole executive layout by Rees Jones. While it still serves the same purpose today, and certainly enjoys remarkable Atlanta skyline views, its quality was diminished in 2012 when holes 10 through 18 were eliminated to make room for a high school expansion.

And the winner is…