Which architect has the most Top 100 course designs? You might be surprised

When flipping (or scrolling) through our latest ranking of Top 100 Courses in the World, you’ll see several familiar names pop up with regularity. Course architects A.W. Tillinghast, Donald Ross, Alister Mackenzie, and Old Tom Morris each have multiple courses on the list.

Those are household names, giants in the history of golf course design. But none qualifies as the course architect with the most courses in the Top 100, an honor that goes to a man who is no less great but is far less heralded for his monumental contributions to golf architecture: Harry S. Colt.

Travel
Top 100 Courses in the World: GOLF’s 2020-21 ranking of the best golf courses on the planet

H.S. Colt, as he’s often referred to, is a Golden Age architect with a whopping 11 course design credits appearing on the Top 100. That’s three more than any other architect on the list. Mackenzie and Old Tom Morris come in second with eight apiece, while  Tillinghast is fourth with seven designs. 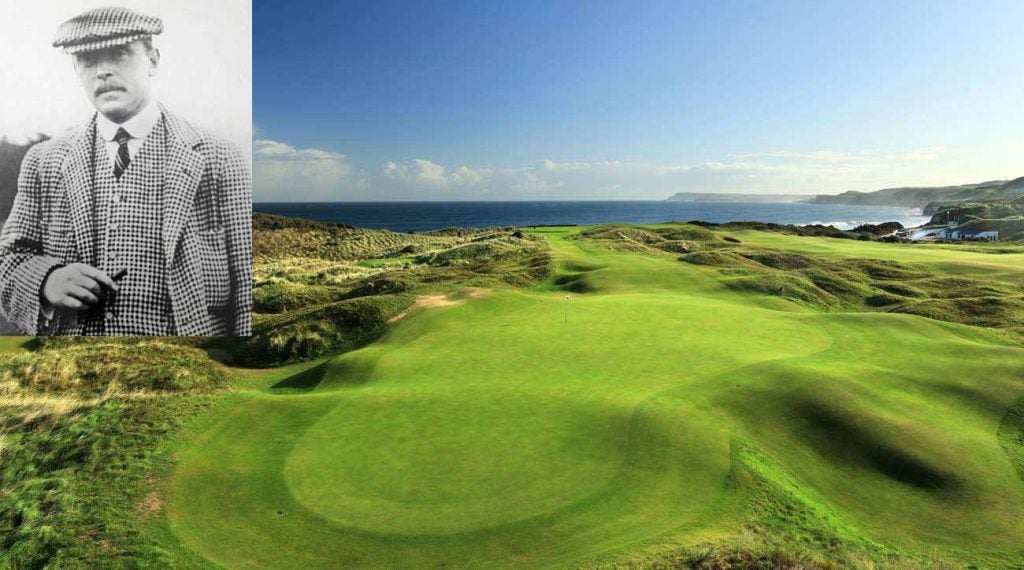 Appropriately for the most prolific architect on the list, Colt had a hand in designing the top-ranked course on the list, Pine Valley in New Jersey. The head designer, Harry Crump, enlisted Colt’s help with the routing. His next highest-ranked course in the Top 100 is Open Championship host Muirfield. While Murifield was originally laid out by Old Tom Morris in 1891, much of the course golfers see today is a result of Colt’s work that completed in 1925.

News
Pine Valley is No. 1 (again): Tom Doak explains why this gem leads our Top 100 Courses in the World ranking

No. 13 on the Top 100 ranking is a course for which Colt gets all the credit: Royal Portrush (Dunluce) in Northern Ireland. That epic layout played host to the 2019 Open Championship, won by Irishman Shane Lowry.

Here’s the full list of the Colt-designed golf courses that made our new Top 100 ranking:

Most of the architects who come closest to Colt’s Top 100 haul, like Colt, died long ago. But there are two modern outfits who could give him a run for his money some day. Celebrated modern designer Tom Doak has an impressive six courses already on the Top 100 list, while the famed duo of Bill Coore and Ben Crenshaw have five.