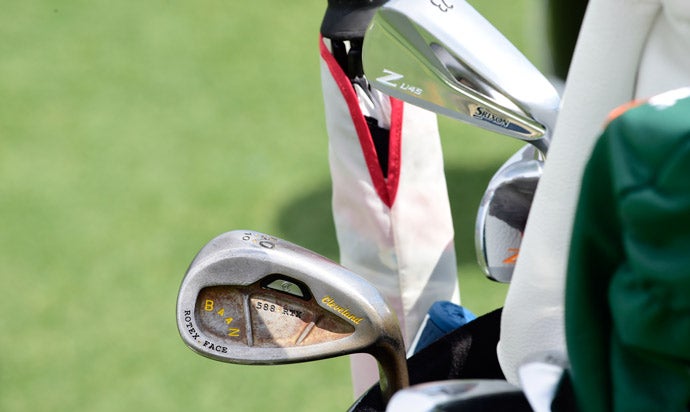 KUALA LUMPUR, Malaysia (AP) India’s Anirban Lahiri has his sights set on the U.S. Masters after winning the Malaysian Open on Sunday by firing a final round 4-under 68, finishing a stroke ahead of Austrian Bernd Wiesberger.

Anirban, who finished on 16-under 272, rolled in a 40-foot birdie putt from off the green on the 17th hole as he overcame a five-shot deficit at the start of play.

Ranked 73rd heading into this week’s event at the Kuala Lumpur Golf and Country Club, Lahiri will now move into the world’s top 40.

With the top 50 automatically qualifying for the Masters when the cut-off is made in early April, the 27-year-old has a great chance of making it to Augusta National.

”That’s definitely one of my targets,” Lahiri said. ”I don’t know how far I’ve moved up (the rankings), but I’m pretty confident now with this win I should have a good chance.”

Wiesberger held a two-shot lead over Spain’s Alejandro Canizares heading into the final round, but the Austrian faltered, carding a two-over 74 to finish outright second on 15-under.

Canizares also shot 74 to end the week three shots behind Lahiri in a tie for third alongside England’s Paul Waring, who closed with a 73.

Defending champion Lee Westwood, who shared the lead after the opening two rounds, stumbled to a 75 on Sunday that left him in a share of fifth on 11-under.

Nine shots off the pace after the second round, Lahiri shot a superb 10-under 62 on Saturday to put himself in contention.

”I don’t think it has sunk in yet,” Lahiri said. ”But I’m pretty sure when it does, I’ll be pretty happy.”

Needing a birdie on the par-5 18th to force a playoff, Wiesberger left his putt short and could only manage par. The Austrian has now finished tied sixth, third, tied fourth and second over the past four weeks.

”On the back nine I hit bad shots off the tee on 13 and 14, a bad seven-iron on 17 and another five-iron missed on 17,” a disappointed Wiesberger told The Associated Press.