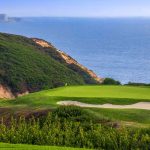 The dazzling view from the third hole at Torrey Pines.

When the U.S. Open returns to San Diego, the West Coast will shine — and the world’s best players will be asked to solve the riddle of Torrey Pines. Some burning questions can be answered in advance. Here are five of them.

What’s been done to its two courses?

Like a lot of Southern Californians of a certain age, Torrey Pines has had a bunch of work done over the years. While many of the jobs have been modest nips and tucks, others qualify as major procedures, as in 2001, when Rees Jones, the Open Doctor, stitched more than 500 yards onto the South Course while shifting targets to bring bluffs and ravines more boldly into play. In 2016, the North Course took its turn under the knife. This time the surgeon was Tom Weiskopf, who overhauled the greens, eliminated more than a dozen bunkers and flipped the nines so that the routing finishes on a coastal high. Weiskopf also stretched the North to 7,258 yards, a sizable length that still leaves it shorter than the South, which now tips out at close to 7,800 yards, thanks to yet another makeover two years ago.

Torrey tidbit: San Diego native Phil Mickelson, who has won three times on Tour at Torrey, lost an opportunity to renovate the North Course in 2016 when his bid was blocked by a legal technicality.

Why is the South so much tougher than the North?

At the Farmers Insurance Open, which is played on both Torrey courses, the scoring average on the South is always higher than it is on the North, sometimes by as many as three or four strokes. What accounts for that whopping gap? Size matters, of course; the South is longer. But it also has been stiffened into a major venue (the North isn’t used for competition in the U.S. Open), with bunkers repositioned to tighten landing areas and greens and tees moved closer to all kinds of peril. Renovations to the North came with a different mandate: toughen it enough to stand up as a Tour stop without bringing ordinary golfers to their knees. The North has fewer bunkers and more open-fronted greens that allow for run-ups. The putting surfaces have also been expanded to create a wide variety of pin positions, the most demanding of which are used in the Farmers but rarely employed for everyday play.

Torrey tidbit: It’s a 431-mile drive from Torrey Pines (South) to Pebble Beach, or a roughly seven-hour trip between the longest and the shortest courses on the PGA Tour, at 7,765 yards and 6,816, respectively.

What is kikuyu grass and why is it so challenging?

Kikuyu is the Patrick Reed of sod: aggressive, polarizing and known to thrive in tough conditions. Indigenous to Kenya, it was introduced to California in the early 1900s and can be found on many courses in the Golden State. But Torrey Pines, which features kikuyu in its fairways and rough, is one of only two modern major championship venues (Riviera is the other) where the resilient variety comes into play. Kikuyu loves the heat, but golfers have a hot-and-cold relationship to it. Tightly mown, the grass provides a near-perfect lie; its stiff blades practically hold the ball up. But let them grow and those same blades get grabby. Chipping becomes tricky. Clubfaces stick or turn over in the tangle. Where the bomb-and-gouge worked for some at last year’s U.S. Open at Winged Foot, Torrey promises to be a different story. A shot from thick kikuyu is like playing from a spiderweb of steel wool.

Torrey tidbit: Often referred to as “bermuda grass on steroids” for its sturdy build and invasive ways, kikuyu is thought to have been introduced to Torrey on the shoes of golfers coming from other courses, including Riviera.

Because the past is often prologue, pay close attention to the 7th, the dogleg-right par 4 where the 2008 U.S. Open came to its Monday-playoff close. At 462 yards, with a tilted fairway that spills down and around to a canted green, the hole has a penchant for producing awkward lies. “Everything about it is designed to make you feel uncomfortable,” says NBC Sports analyst Mark Rolfing. As for the par-4 12th hole, it can make you feel resigned. Playing 505 yards into a prevailing wind, it had the highest scoring average of any hole in the ’08 U.S. Open, and it hasn’t gotten any easier since. On the risk-reward front, the par-5 13th is worth watching too, Rolfing says. Reachable in two, it can bring disaster if you miss the fairway, which dips into a valley, then rises to the green. On Saturday in ’08, Phil Mickelson made a nine without losing a ball.

Torrey tidbit: Just beyond the 12th green, separated by a chainlink fence, is the Torrey Pines Gliderport, where hang gliders take off on soaring flights, a fitting complement to a hole that has the third-highest scoring average of any on Tour.

How does the 18th hole rate as a U.S. Open finisher?

If you think of golf as theater, then you have to ask which matters more: the stage or the drama that unfolds on it? On looks alone, many critics see Torrey South’s closer as a middling set design, a Plain Jane par 5 with a gently bending fairway and an artificial water hazard fronting the green that has no place on a seaside layout. But when it comes to the spectacle it produces, the hole gets rave reviews. A lot of it revolves around that polarizing pond, which irks the purists but also creates edge-of-the-seat uncertainty. You might see eagle (recall Jon Rahm at the 2017 Farmers), an ugly “other” (as in, the triple bogey eight Kyle Stanley made to give away the Farmers in 2012) or something even more compelling in between. Let’s not forget—as if we ever could—the birdie Tiger drained to force a playoff in the 2008 U.S. Open, a moment that endures as the most riveting finish in the modern history of the event.

Torrey tidbit: The pond on 18 is nicknamed Devlin’s Billabong, a cheeky reference to the Aussie pro Bruce Devlin, who, in the final round of the 1975 Andy Williams San Diego Open, played seven shots from the shallow water fronting the green, en route to a one-putt 10.