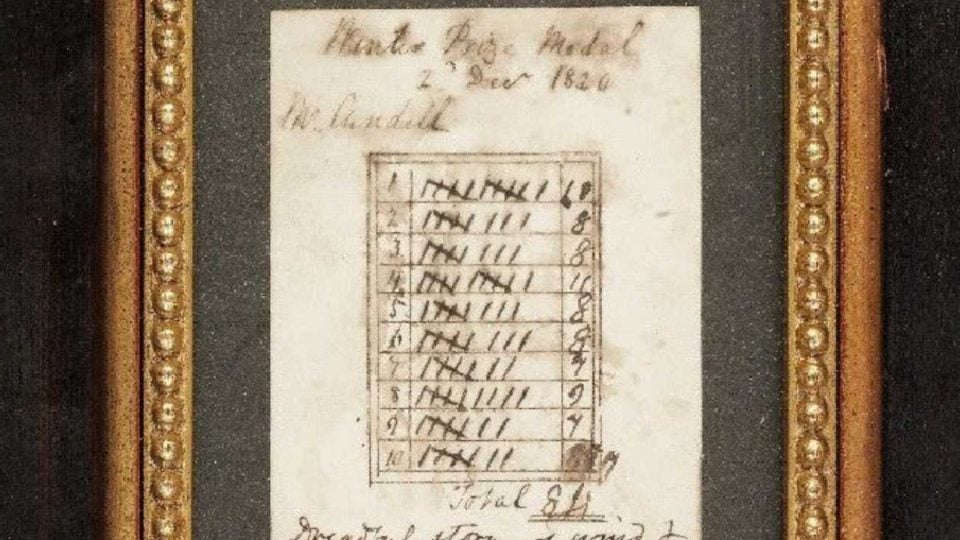 A look at the oldest scorecard in the world.
Edinburgh News

A scorecard nearly two centuries old was just gobbled up for big bucks at auction.

Dubbed the world’s oldest scorecard and used during two five-hole rounds at Musselburgh Race Track in Musselburgh, Scotland, on Dec. 2, 1820, the card sold for £3800, or £4812 including premiums, according to the Edinburgh News. The latter figure equates to $6,297.

The scorecard belonged to a “Mr. Cundell,” who used 84 strokes in 10 holes to win the Leith Thistle Golf Club Winter Medal. The score is marked with tallies for each hole, and it’s smudged from a rain-plagued round.

“Dreadful storm of wind and rain — atmosphere quite yellow — just like the lurid regions of Pandemonium,” was handwritten at the bottom. 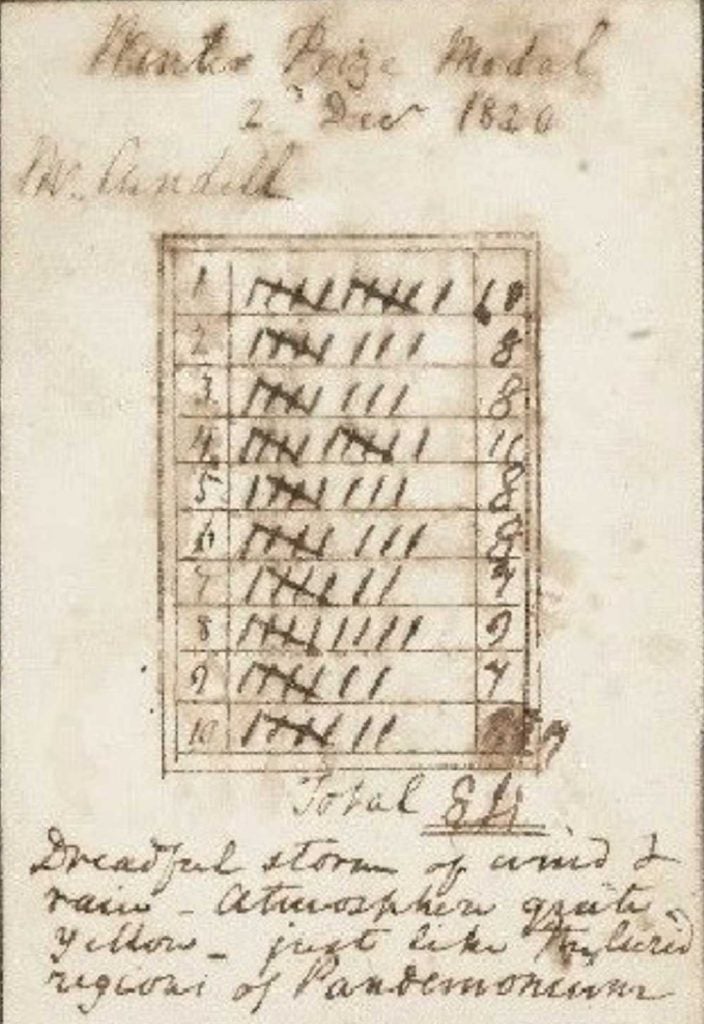 According to the Edinburgh News, “Mr. Cundell” is James Cundell, who had deep ties to Thistle Golf Club since it was founded in 1815.

The scorecard was previously owned by Sir Henry Cotton until it sold at the Bonhams’ Sporting Sale in Edinburgh, Scotland.

Bonhams’ golfing memorabilia consultant, Kevin McGimpsey, said the scorecard was in “remarkable condition considering its age and the atrocious weather at the time Mr. Cundell played his round,” adding, “this original scorecard predates the oldest cards owned by the international golf museums.”