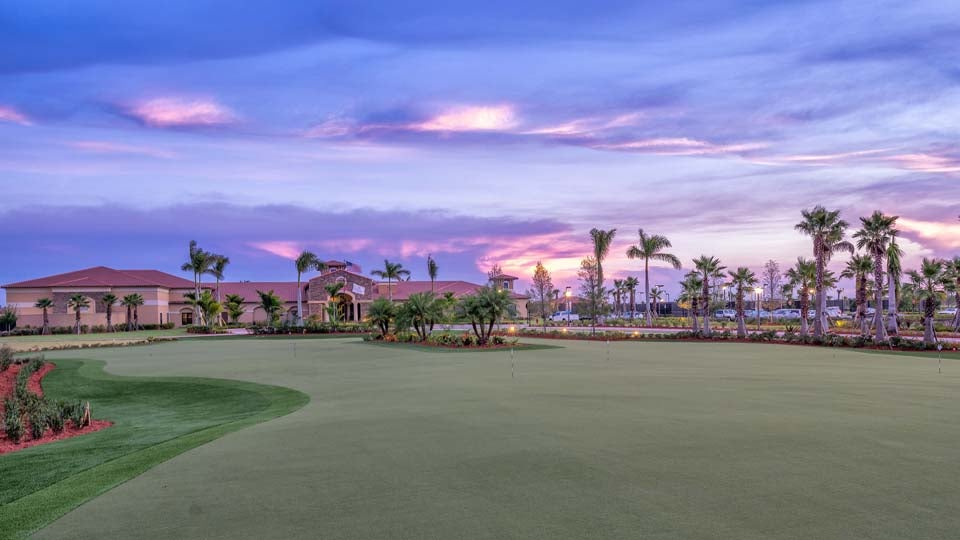 The residents of Vitalia at Tradition, in Port St. Lucie, Florida, live in what is billed as an “active adult” community. They had better be sprightly if they’re going to navigate a practice green this big. Feast your eyes on what is being hailed as the largest synthetic putting surface in the United States, “and possibly the world.” That’s according to Complete Synthetic Turf, the Jupiter, Florida, company that built the evergreen amenity on behalf of Vitalia developer, AV Homes.

At 43,000 square feet, the sprawling surface is just a shade smaller than a football field and features six feet of elevation change between its high and low points. It was designed by course architect George Clifton (who has designed scores of full-size layouts, including a dozen tracks at The Villages, in central Florida) at a cost of $300,000. That’s not chicken feed, but it was a small price to pay, the developer says, compared to the expense of seeding and maintaining natural grass.

“We were thinking of using real grass,” says Tony Iorio, vice president of land development for AV Homes. “But you start looking at irrigation, pesticides, the nearly full-time person you need to hire to oversee it all, and you’re looking at another $50,000 to $100,000 a year.”

Since opening in May, Iorio says, the green has proved so popular in the gated community that plans are now in the works to build a leaderboard beside it, so that Vitalia residents can add another activity to their list: official 18-hole putting tournaments.

Our money’s on the best lag putters.