What will happen to the World Golf Ranking during the coronavirus suspension of pro golf? 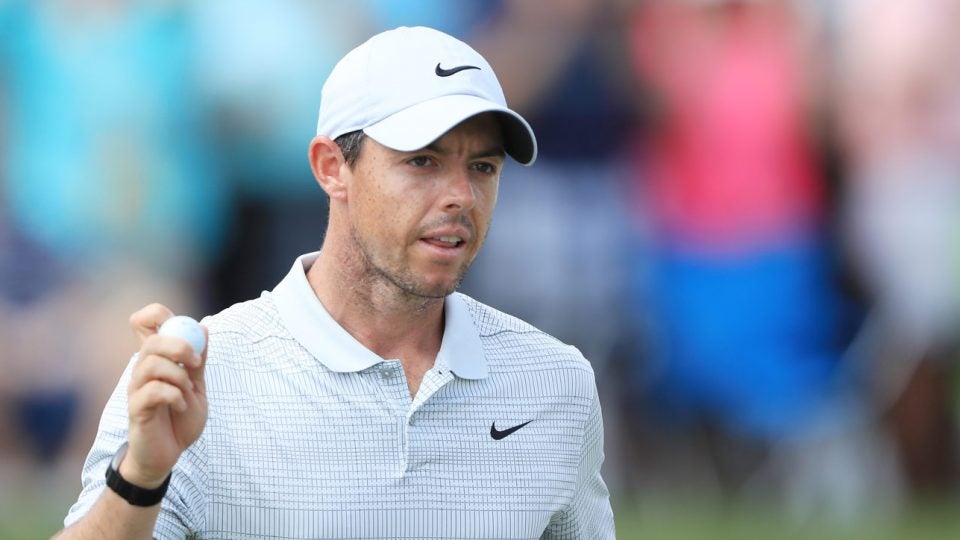 Rory McIlroy will remain No. 1 for the foreseeable future with no golf to be played.
Getty Images

While most of the professional golf world has come to a screeching halt, one tiny corner carries on with great uncertainty: the Official World Golf Ranking.

In order for the ranking to fluctuate and change throughout the course of a normal golf season, each sanctioned event on each continent each week matters. They all contribute to an algorithm where fractions decide who is No. 1 and who isn’t, and with every week that passes, past performances depreciate in their value within that algorithm. So, with the PGA Tour, the Korn Ferry Tour, the European Tour, etc., all shutting down for the time being, how will the OWGR handle zero golf being played?

A change is likely in order. When asked for an update on whether the ranking will take a break alongside major tours, or if a change in its format could be coming, a spokesperson from the OWGR said simply, “All these matters are under discussion.”

Take from that what you will, but know this: there are no sanctioned events scheduled for (at least) the next four weeks, so the algorithm will only use the data available to it, which are a list of performances that depreciate in value each week.

Tiger Woods’ Masters win is still worth a lot of value to his ranking, but it will be worth less next week, and even less the week after that. The players who will benefit in the immediate are those who performed best since the beginning of 2020, as points earned do not depreciate until 13 weeks after those events took place. Players like Adam Scott, Jon Rahm, Justin Thomas and Patrick Reed will rise up the ranking as some of their best performances in the last two years took place in January and February.

Why is this important? The Tokyo Olympics are — at this time — moving forward as scheduled, and the qualifying system for the golf competition depends entirely on the OWGR and, as reported by Reuters Monday, there will be no change to the qualification process for the Games. One example is Webb Simpson, who began March as the last American currently qualified. It was Simpson, Brooks Koepka, Justin Thomas and Patrick Cantlay in position at that time.

Simpson did not play the Arnold Palmer Invitational and is now unable to add to his standing. In that time, Patrick Reed (with his T15 finish at Bay Hill) jumped from one spot outside qualifying to two spots inside qualification. Simpson is currently on the outside looking in, and the presumable list of events at his disposal just got cut in half. The good news for him is that Cantlay hasn’t played as well as Simpson and they will likely swap positions as we move forward.

So, for the time being, you will see fluctuation in the World Ranking, and it matters. The top 100 (which is displayed prominently on OWGR.com) will change week to week, but that fluctuation will flatten out the longer we go without professional events.

Though the future of pro golf is hazy for 2020, the ranking also holds importance in terms of qualifying for events. The status of the U.S. Open is definitely in limbo, but one means of qualifying for the event is being ranked inside the top 60 in the world four weeks prior to or during the week of the event. With the recent CDC advisement (and a likely update from the PGA Tour on its schedule), it will be near impossible for those outside the top 60 to play their way into U.S. Open qualification that way.

Phil Mickelson, notably ranked No. 61, will hover right around that 60 mark until there is more golf for him to play.