On practice day at Augusta National, the Women’s Am field crammed for the test that awaits 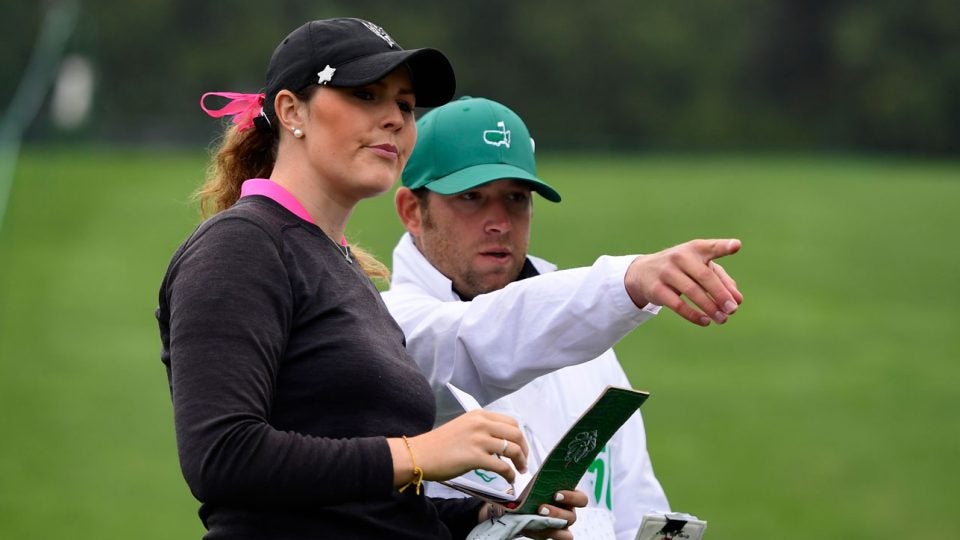 Olivia Mehaffey is six shots back of the lead before Saturday's final round.
Courtesy of Augusta National

AUGUSTA, Ga. — Smiles were as plentiful as the dogwoods at Augusta National Friday afternoon. As players in the inaugural Augusta National Women’s Amateur finished their practice rounds, their faces expressed a collective appreciation for their newfound opportunity.

“It was pretty unbelievable,” said 21-year-old Olivia Mehaffey, an Arizona State Sun Devil by way of Belfast, Northern Ireland. “I have a new favorite golf course. I’ve knocked my home golf course off my number one spot.”

Women preparing for a tournament at Augusta National is as refreshing a sight as you’ll see in golf. But for the 30 players who qualified for the final round Saturday, Friday was an exercise in enjoying the walk while cramming for a mind-bending midterm on a golf course that takes a lifetime to learn.

Before Friday, Doherty had never played Augusta National. She grinded her way through a playoff at Champions Retreat (site of the first two rounds) and now she had just a few hours to absorb what she could before Saturday’s finale. Her father and caddie, Mike, was a helpful study buddy, but he, too, got a bit swept up in the grandeur. He’s watched at least 40 Masters by his count, maybe 50. He knows where the men hit their approaches from, what lines they choose off the tee. But, still, this week is something quite different.

“I tried looking at it through a big smile all day and just treat it like any other golf course,” he said. “Every golf course has its own little nuances, but there’s things about this golf course that you have to know.”

Like the greens. “Slopey” was a frequently-used descriptor. These are the same putting surfaces that Phil Mickelson and Tiger Woods have recreated in their backyards this week, tricking them up to reach 15 or 16 on the Stimpmeter. For the Women’s Am field, understanding the greens could be the difference between shooting 70 and 80 on Saturday. 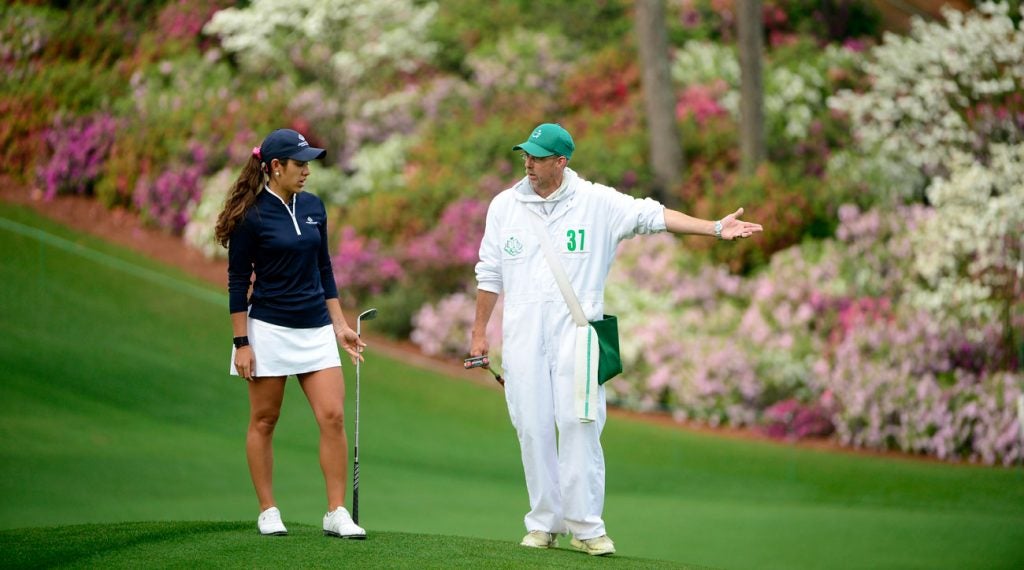 Doherty and her father walked Augusta National with a local caddie for their study session — a smart move (albeit course-mandated). Call them the Augusta National tutors. Ainhoa Olarra’s local looper saw many of her front-nine tee shots bound over the green. What did they work on in the second nine? Landing zones.

The wealth of knowledge under the white caddie bibs is priceless, so much so that it presents a dilemma: continue using the caddie who helped you get here, or hire one employed here full-time? Doherty is sticking with her father. There was no debate for her. Same goes for Olarra and many of the other qualifiers. But on Friday afternoon, Sierra Brooks, who sits just two off the lead, still wasn’t sure who she would have at her side.

The final round will be played from the from member’s tees, which measure roughly 6,365 yards; that’s just 10 yards longer than the Champion’s Retreat setup. Many of the players agree that this layout is much different, though. Soft-spoken 16-year-old Zoe Campos didn’t miss a beat when asked if this was the most difficult course she’s ever played. “Definitely,” she said with an exasperated laugh. Olarra was asked if she’d ever played a course like this one. “Nooooo,” she said. “I don’t think you can compare this with anything. It’s just Augusta, I guess.”

Olarra may have struggled with her landing spots on the “slopey” greens, but she nailed her target at the par-3 12th with a smooth 6-iron to the back of the green. Playing it from around 136 meters — she hails from Spain and prefers the metric system — her longer club and lower ball flight might make that shot easier given the hole’s customary swirling winds. Olarra will be laying up on many, if not all, of the par-5s. Her longer-hitting counterparts will take dead aim with their second shots. Maria Fassi, leading the event in driving distance by more than 15 yards, played two 6-irons and two 4-irons into ANGC’s four par-5s. That is the Augusta National Masters fans know.

For Brooks and Alice Hewson, strategy on the par-5 8th is all about hole location. Playing together Friday, they both played their second shots out wide right of the notoriously hard-to-hold green. They elected for full-swing wedge shots to set up their birdie looks, which is not dissimilar to how some of the shorter hitters in the Masters field will play the hole a week from now.

Other holes will look different for the women than they do for the men, like the short par-4 3rd, which will be played from the same tee box as the Masters. Driver for Rory McIlroy is too much club. Driver for Hewson — one of the top-10 players in driving distance this week — is the perfect layup to a full wedge shot. That’s one of the many intricacies players hoped to glean from their practice round. Should they have been given more practice time? They’d have gladly taken a second or third session, as is available to the Masters field. But the scenario has set up a fascinating 18-hole puzzle for Saturday.

“That’s the thing,” Mehaffey said. “Nobody really knows this golf course. The more you know this golf course, the more it suits you.” That makes the notes Tim Mickelson, Phil’s brother and caddie, gave Mehaffey and her Arizona State teammates all the more valuable, she said. Mehaffey hopes to spend Friday night weaving together those Mickelsonian words of wisdom with all the other knowledge she could extract this afternoon.

Mehaffey is six shots back, but on a course that’s so unfamiliar to the field, anything can happen.