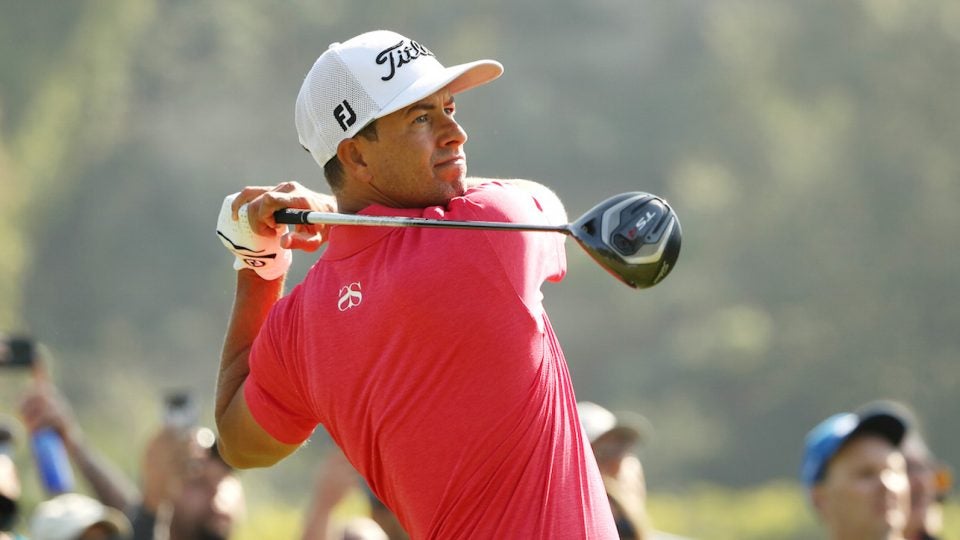 Adam Scott tees off during the final round of the Genesis Invitational.
Katelyn Mulcahy/Getty Images

Ahead of the Genesis Invitational, Adam Scott switched shafts in his Titleist TS4 driver head to gain more stability. Turns out it was a good move. Scott closed with a one-under 70 on Sunday at Riviera to finish 11 under overall and win for the first time on the PGA Tour in nearly four years.

According to Titleist Tour rep JJ VanWezenbeeck, Scott switched to the TS4 driver at the ZoZo Championship due to head size, shape and improved launch-to-spin ratios.

“This week, after discussions with Adam, he went to a shaft he had previously played for increased stability,” VanWezenbeeck said. “He felt the shaft went a little far and he lost head feel. We went on course with lead tape to get the feels to match up then weighted the head to preferred swing weight after testing.”

In addition to the new driver, here is Scott’s full setup at the Genesis Invitational: