If you’re watching the 2019 British Open at Northern Ireland’s beautiful Royal Portrush, you may be wondering about last year’s Open. Namely, who won the 2018 British Open?

The winner of the 2018 British Open was Italian pro Francesco Molinari. Molinari won his first Claret Jug with an eight-under total of 276. It was the first major championship victory of his career. But it didn’t come easy. 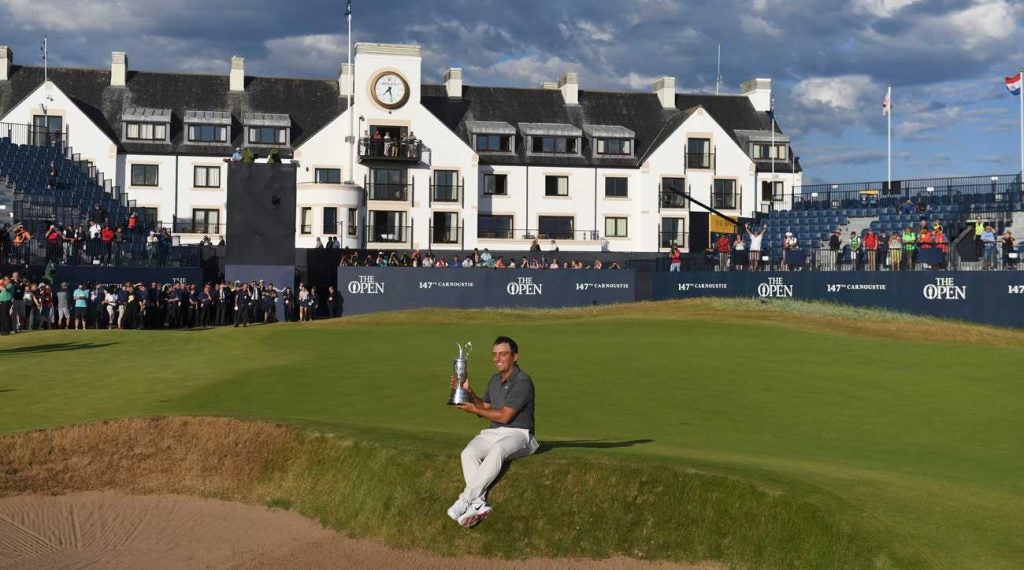 Carnoustie proves to be tough test in 2018

The 2018 British Open was held at Carnoustie Golf Links in Scotland, the eighth Open to be played on the course that was first opened in 1842. It is known as one of the most difficult courses in the British Open rotation, and that held true last year.

Molinari struggled somewhat early in the tournament, finding himself at even par through two rounds. But he turned it on for the third round. On Moving Day, Molinari fired a six-under 65 to move into a tie for fifth, just three shots off the lead.

Kevin Kisner, Xander Schauffele and Jordan Spieth were all tied on top at nine under to begin the final round. But those weren’t the only big names Molinari had to contend with. Among the large group one shot behind him were Tiger Woods and Rory McIlroy.

Molinari holds off Tiger Woods in British Open final round

The trio of leaders quickly moved out of contention, all finishing over par for the day and out of the running. That allowed Molinari to calmly shoot a two-under 69 and take home the title by two shots. Interestingly, Woods had a great chance to take the title from Molinari. Woods finished three back at five under, but only after he went double-bogey, bogey on 11 and 12 on Sunday.

The win launched Molinari into the elite ranks of pro golf and solidified his spot on the European Ryder Cup for later that year. Molinari further cemented his place among the best in the game with an incredible 5-0 record at Le Golf National, as he helped Team Europe to reclaim the title.