‘We feel threatened by you’: Golfer says she was DQ’d from tournament for ‘intimidation’ 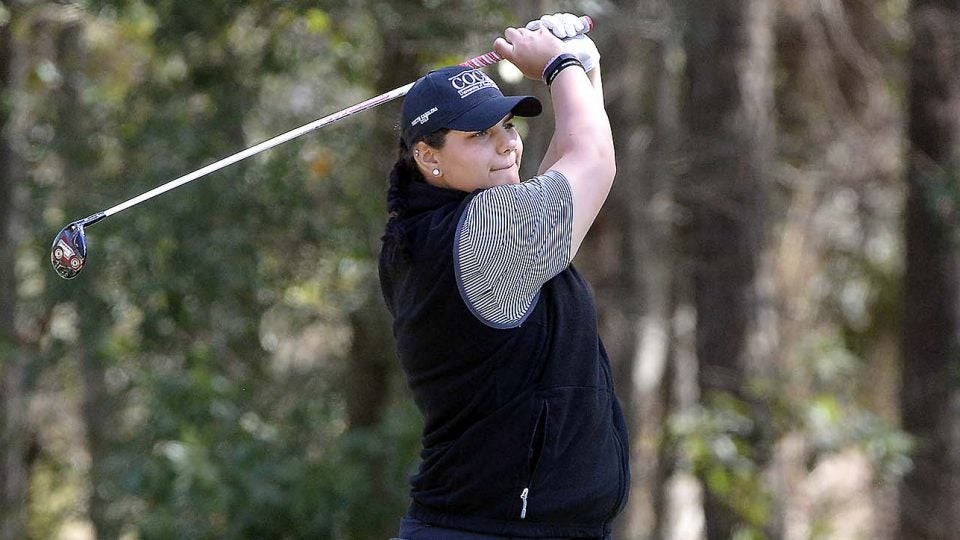 Golfers can be disqualified from tournaments for various reasons: signing an incorrect scorecard, carrying too many clubs, missing a tee time.

That’s the alleged cause of a DQ following a bizarre incident in an amateur event on Long Island last week.

The story was reported by the Rockland/Westchester Journal News but GOLF.com has learned new details after speaking with the aggrieved golfer.

Marianna Monaco competed in the Women’s Metropolitan Golf Association (WMGA) annual Stroke Play Championship on July 24 at North Shore Country Club. She warmed up on an upper driving range, where the club prohibits players from hitting shots more than 180 yards. According to Monaco, she asked North Shore head professional Sue Marino if she could use the longer lower range to hit a couple of drivers. According to Monaco, Marino agreed and escorted her down. (Marino declined to comment for this story.) A tournament volunteer spotted Monaco and asked her to retreat, because all competitors were required to use the upper range.

Monaco, who spoke to GOLF.com by phone Wednesday, says that she’s a big hitter. (“Most people who don’t know me are amazed the first time they see me hit,” she said.) “If the host pro didn’t give me the OK, I wouldn’t have hit my two balls,” Monaco said. Monaco’s first drive stayed inside the range. The second one flew the net.

Warming up nearby was WMGA president Cheryl Brayman, a North Shore member who was also competing in the event.

“You know there are cars out there, don’t you?” she said, according to Monaco.

Monaco says she had permission from Marino to hit drives there and left it at that.

“I played my round and no one said anything,” Monaco said. “When I came in and signed my card, no one asked to speak with me.” She carded a 78, which had her two shots off the lead heading into the second and final round.

The next day, Monaco arrived at North Shore for her second round, when, according to Monaco, Brayman and WMGA operations director Sarah Reylea met her in the parking lot and handed her a letter. It was a handwritten note, which they requested Monaco sign to disqualify herself from the event and remove herself from the WMGA. Monaco was refunded her $150 entry fee and $200 dues payment. (Brayman, who did not respond to repeated requests for comment, shot 82-82 in the event and finished third.) Monaco posted a photo of the letter to her Facebook page. “When I questioned them as to why, Cheryl said, ‘We feel threatened by you.’ I said, ‘What have I done?’ She just put the question back on me,” Monaco said.

“And then Sarah said, ‘We feel very intimidated by you.’ That was all they had to say about it. There was nothing else to it.”

As of Thursday morning the WMGA had not responded to GOLF.com’s request for comment. The association did release a statement about the incident to the Journal News:

“At the event, Ms. Monaco intentionally hit golf balls at the driving range beyond the yardage limits set by the club (beyond those limits is an inhabited public area). Ms. Monaco was requested by the host club to stop her conduct and to conform to their rules. The WMGA reiterated the host club’s request, yet for reasons we cannot comprehend, Ms. Monaco continued to violate the rules and hit balls into the public area.

“It was not the first time the WMGA has had issues with Ms. Monaco violating host club policies. Based on her history of inappropriate conduct, the WMGA asked Ms. Monaco to withdraw from the tournament and the WMGA.”

Monaco is a Yonkers, N.Y., native who played on the women’s golf team at the University of South Carolina; in her senior year she was named to the SEC Academic Honor Roll and SEC Community Service Team. She graduated in December and intends to take a shot at LPGA Q School in 2019. Earlier this year, to keep her game sharp and stay involved in the sport, she did a three-month internship at — wait for it — the WMGA.

“Part of why this is all so crazy is because they hired me,” Monaco said. “The job was fine. It was just another internship. It was all of three people. No awkwardness. Never.”

After the internship, Monaco began competing in WMGA events. She says there was tension between her and the organization’s leaders from the get-go. Monaco’s parents are physically disabled and require golf carts to follow their daughter on the course. Monaco claims that Brayman denied her mom the use of her personal scooter and then a spectator cart at this initial event.

“My parents had words for them, and it left a bad taste in [Brayman’s] mouth,” Monaco said. “It was clear she was going to find an issue in anything and everything I did.”

At Monaco’s second event, she claims Brayman confronted her father for wearing a white hooded sweatshirt on the course while following his daughter, a violation of the club’s dress code. “It was a USC golf sweatshirt, with the logo on it,” Monaco said.

At her third WMGA event, at St. Andrews GC in Westchester County, New York, Monaco says she was chatting with her mother on her cell phone when Relyea, the WMGA operations director, ordered her to hang up, because phone use isn’t permitted in the clubhouse.

That all served as the backdrop for Monaco’s fourth and final WMGA event, which ended with the parking-lot letter from Brayman and Relyea.

“I’ve never seen anything like this,” Monaco said. “I’ve never had an issue like this anywhere I’ve gone, whether it was high school golf, college golf, or other events I’ve played since then. I’ve represented New York State in USGA events. If I was that person who was intimidating and violated a bunch of rules, why would they pick me to represent the state?”

Monaco is vacationing in Virginia Beach this week, but she plans to stay busy. She says she recently accepted an associate head coaching job on the men’s golf team at Concordia College in New York, where she will coach and practice to keep her game sharp.

She has at least one other item on her to-do list.

“When I get back,” she said, “I plan to sit down with an attorney.”