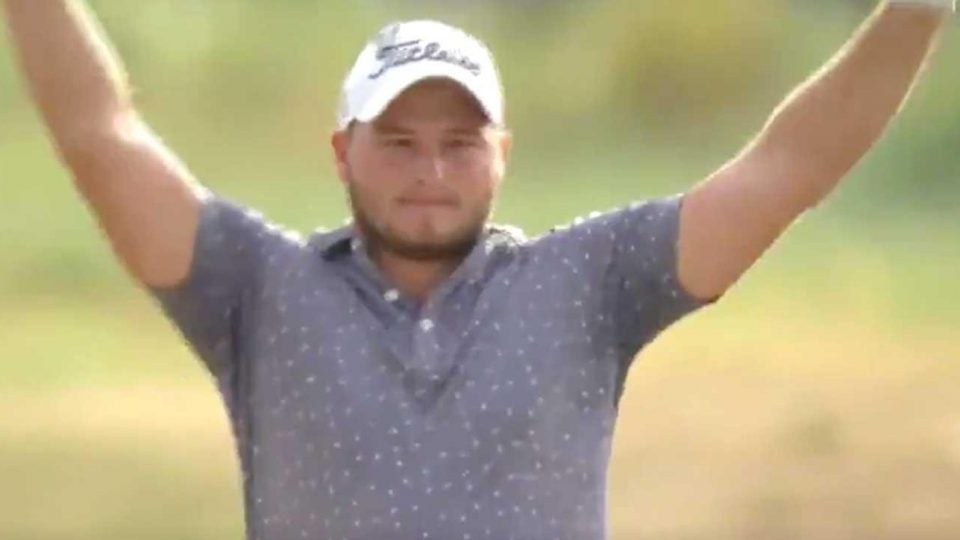 Zander Lombard had a thrilling walk to the 18th green on Saturday at the British Open.
@TheOpen

Zander Lombard closed his third round of the British Open in style.

The 23-year-old South African holed out for eagle from 135 yards out on the par-4 18th at Carnoustie to cap his even-par round of 71. Lombard’s wedge from the fairway, which caused a huge reaction in the grandstands, moved him to four under for the tournament.

He’ll head into the weekend in the top 20 and five of the lead, which isn’t a bad week for the 444th-ranked player in the world. Prior to the Open he had made just four cuts in 18 events this season. Check out the shot below.

What an image. What a shot.
EAGLE 2 at 18 for @ZanderLombard.#TheOpen pic.twitter.com/yTRr2tBMWl