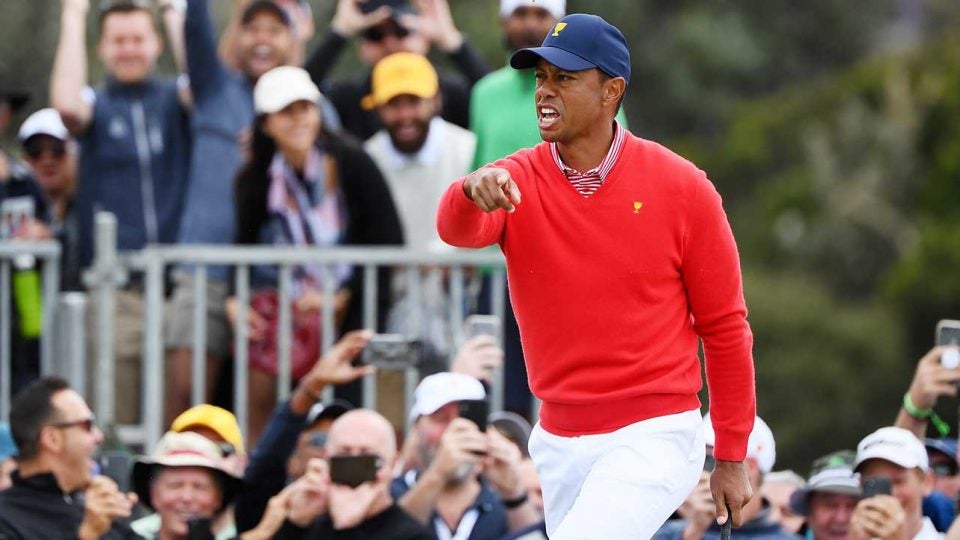 Tiger Woods yells to Justin Thomas to get his golf ball after chipping in at the Presidents Cup.
Getty Images

Jordan Spieth didn’t make the Presidents Cup team, but Tiger Woods stole one of Spieth’s signature moves during the opening-round action on Thursday in Royal Melbourne (airing on Wednesday night in the States).

Woods missed the green on the par-3 5th hole and was faced with a delicate chip between two bunkers, but it gave him little trouble. Woods clipped his ball into the face of the bank, watched it trickle onto the green and, eventually, into the cup for a birdie. The crowd roared and Woods pointed toward teammate Justin Thomas to retrieve the ball from the cup, which is what Spieth did to caddie Michael Greller at the 2017 Open Championship at Royal Birkdale. We couldn’t tell if Woods yelled the “Go get that!” like Spieth did, but his gesture was all we needed to see to know his intentions.

You can check out Woods shot below and view the leaderboard here.