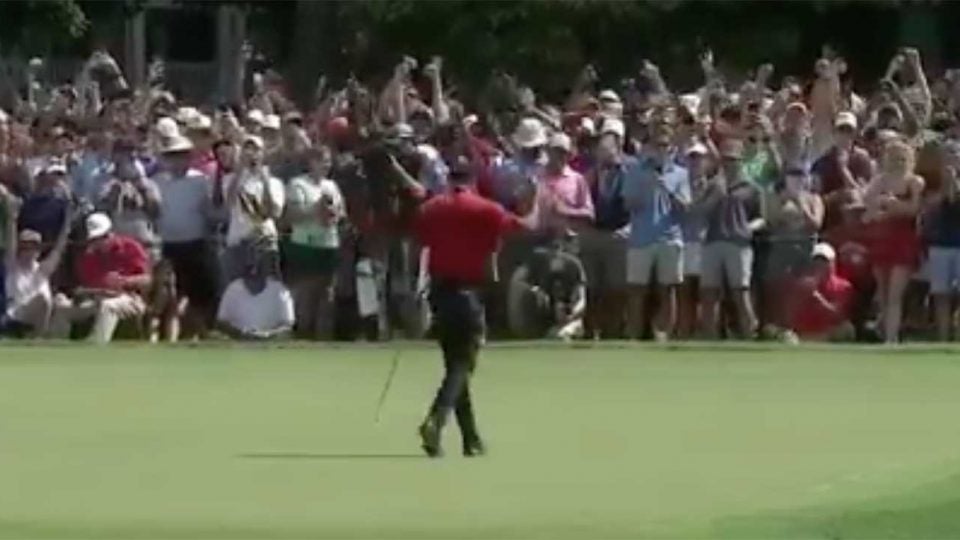 Tiger Woods, looking to claim his first victory in more than five years, opened the final round of the Tour Championship in a big way.

Woods, who led by three after 54 holes, blasted his drive down the middle to begin his fourth round and then, from 163 yards, stuck his approach to 10 feet. He calmly rolled in that putt to increase his lead to four strokes. You can check out Woods’s opening hole below.

Woods didn’t go on a big birdie run like he did on Saturday, but he still made the turn on Sunday with a five-stroke lead. After his opening birdie he parred every hole on the front nine to make the turn in one-under 34. He leads at 13 under. Justin Rose trails at eight under.

Listen to this place. 🔊