WATCH: Thomas Pieters snaps club over his own neck in fit of rage 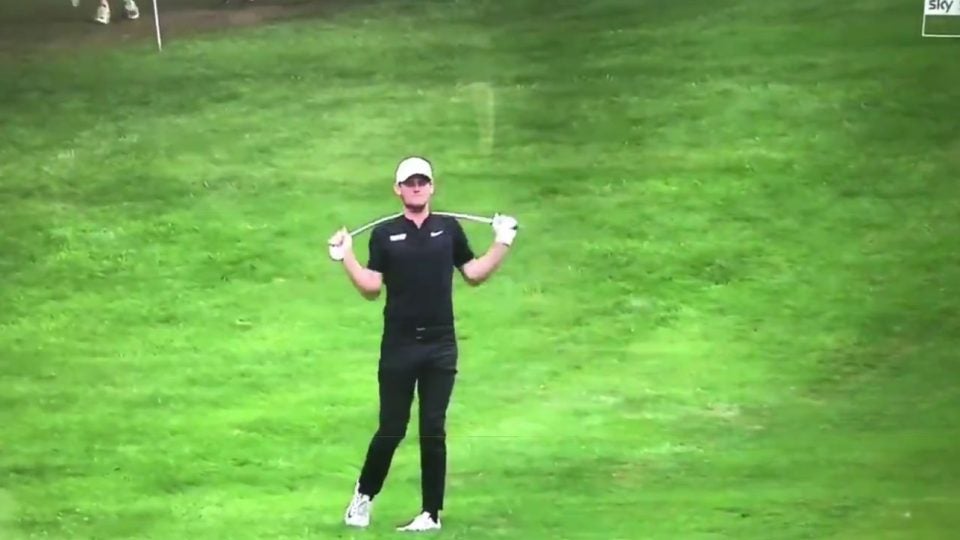 Thomas Pieters is known to be a strong man. He’s also known to show off a bit of a temper on the golf course. Combine the two and you have potential for the incredible, which is exactly what happened Friday.

Pieters was five over at the BMW PGA Championship and, as you’ll see, clearly upset with himself. After lashing at his second shot from the rough on the par-5 4th hole at Wentworth Club, Pieters snapped his club in half over the back of his neck.

Yes, you read that correctly: over the back of his neck.

The only appropriate question to ask here is “How?” Pieters is above-average in swing speed. You can guarantee this is a very stiff shaft, and yet he snaps it like it’s a toothpick. Maybe we shouldn’t be surprised. This is hardly the first time Pieters has snapped a club in a fit of rage.

I guess if we’ve learned anything it’s that when Pieters disagrees with the results of his play, no piece of equipment is off limits.