WATCH: This young golfer’s swing is a clone of Bryson DeChambeau’s 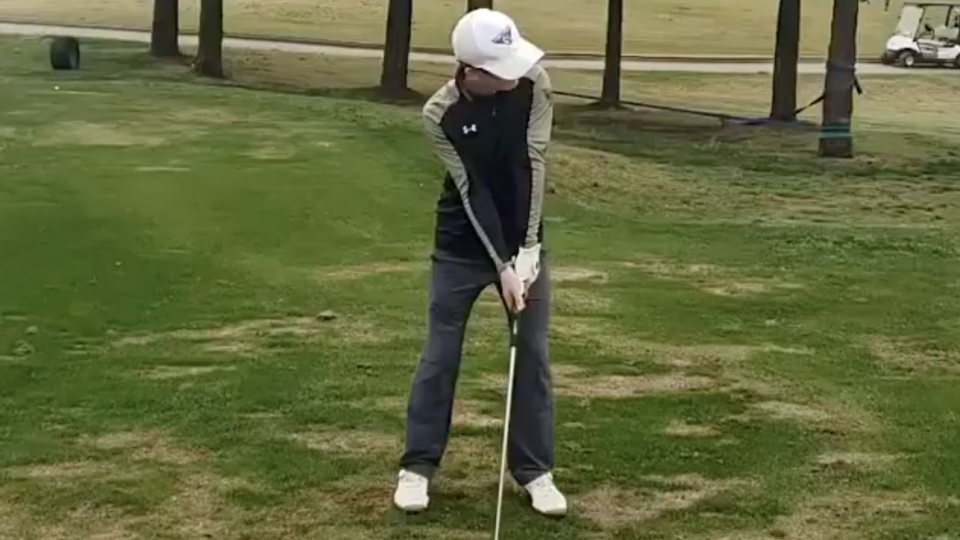 Bryson DeChambeau has one of the most recognizable swings in golf. His hands are high at address, his wrist hinge is minimal during the backswing, and he keeps his weight stacked forward on his front leg throughout the swing. It didn’t get that way by accident. It was an intentional effort by Bryson DeChambeau and his coach, Mike Schy, jointly inspired by Homer Kelly’s “The Golfing Machine” to eliminate all unnecessary variables.

It’s working pretty well for Bryson — so well that it’s inspired another one of Schy’s students, Connor, to follow a similar path. Schy shared Connor’s swing on his Instagram account on Tuesday, and it’s remarkable how much his swing resembles DeChambeau’s at such a young age.

Wow! Looks like @mikeschygolf has a little @brysondechambeau clone on his hands! Amazing to watch their swings side-by-side like this. Link in bio to read more on @golf_com

You can see the similarities at address, with both Connor and Bryson’s stance narrow, weight more forward, hands ahead of the ball, and hands higher to match the plane they will be at at impact. The center of what Bryson is trying to do with his swing is mirror the address and impact positions as closely impossible.

“If you were designing a machine to hit a golf ball, you wouldn’t build it any other way,” DeChambeau told me earlier this year.

The top of the backswing is also similar. Bryson has slightly more wrist hinge with his irons, and Connor’s arms are slightly higher, too. But look at the pair’s lower-body actions, with their weight more on the front leg — it’s almost identical.

The most remarkable thing to me is how Connor has mirrored Bryson’s arm and wrist movement through impact. You can see the club lining up with both their left arms as they maintain that wrist angle when they hit through the ball.

Well done to Connor on all the hard work. It will be interesting to see his career progress.