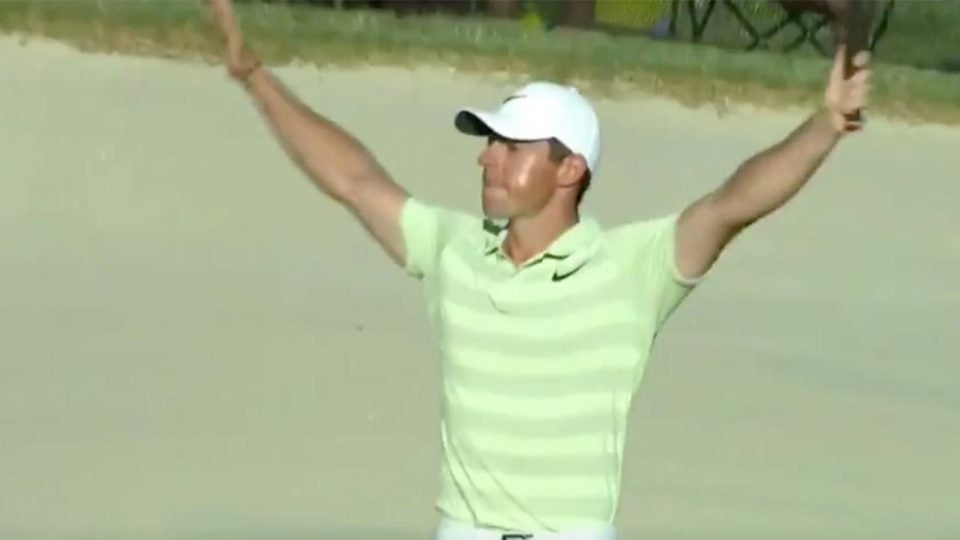 Rory McIlroy birdied four consecutive holes and five of his final six at Bay Hill to break away from the pack and win for the first time since 2016.

McIlroy closed the Arnold Palmer Invitational with an eight-under 64, finishing 18 under for the week and beating Bryson DeChambeau by three.

McIlroy started the day two shots behind Henrik Stenson, who held the 54-hole lead at 12 under, but they were tied early on the back nine until McIlroy pulled away. He made birdies on 13, 14, 15 and 16 and added another on 18. You can check them out below.

Rory is ROLLING.@McIlroyRory takes the outright lead at 14 under. #QuickHits pic.twitter.com/pnWoe5ELq0

Five on his last nine holes.

McIlroy is on #QuickHits pic.twitter.com/9R3GKiGNQj

ARE YOU KIDDING?? @McIlroyRory ends with five birdies on the last six holes. #QuickHits pic.twitter.com/PY1l3GUo8l