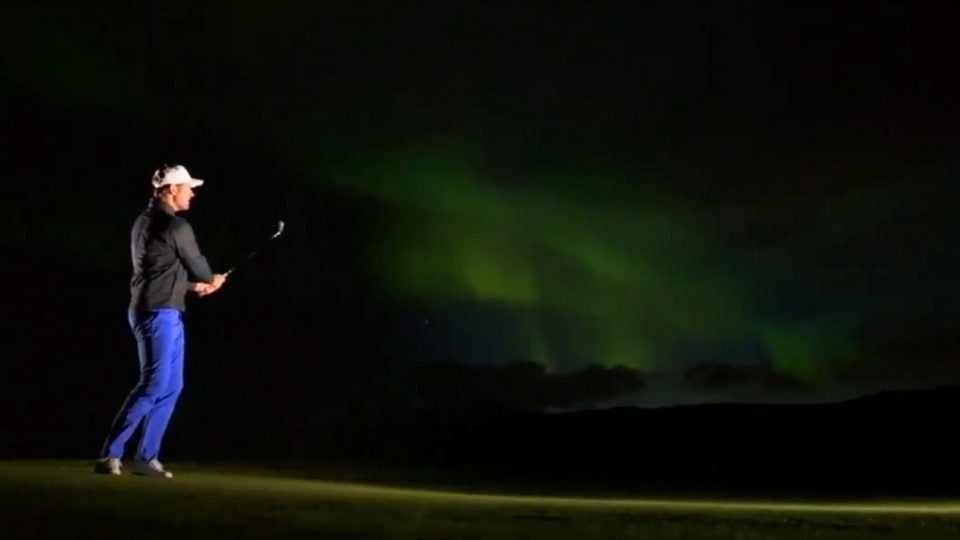 A golfer plays golf in Norway under the Northern Lights in a video posted to Reuters Twitter account.

The atmospheric phenomenon known as the Northern Lights has wowed humans all over the world (or, all over the arctic world) for millennia. Now, rather than just staring at them with wonder, some Norwegian golfers are putting them to practical use: as natural lighting for night golf.

A video produced by Reuters tells the story of golfers in arctic Norway who played a round of night golf at Lofoten Links course with the northern lights as a backdrop. According to Reuters, the “18-hole course, one of the most northern golf courses in the world, boasts unobstructed views to the north – and the midnight sun.”

The northern lights, more formally known as aurora borealis, are a natural light display that occurs regularly in the sky when charged particles interact and emit light. But the phenomenon can only be seem from extreme northern regions around the world, so don’t expect to tee it up at your local muni underneath the northern lights anytime soon.

Check out the incredible video below.