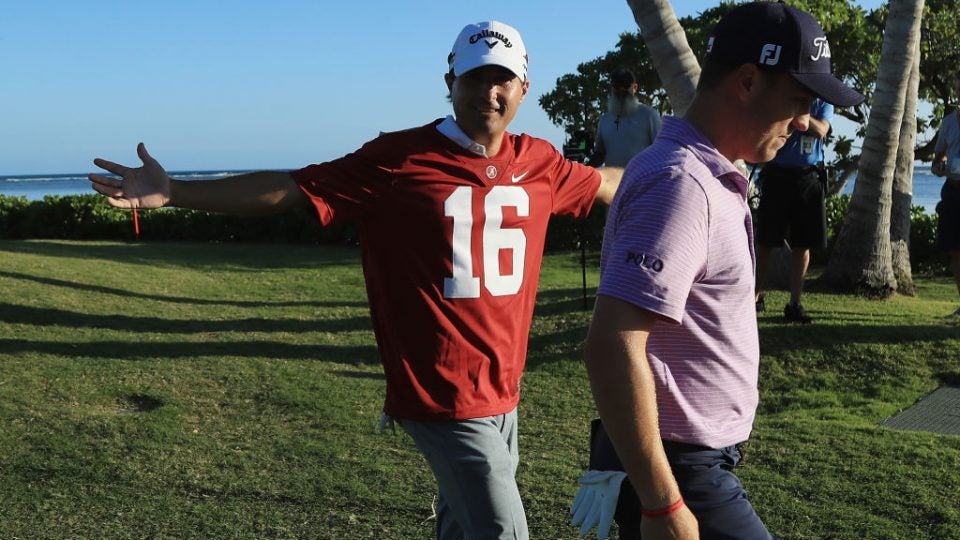 during round one of the Sony Open In Hawaii at Waialae Country Club on January 11, 2018 in Honolulu, Hawaii.

When Alabama beat Georgia in Monday’s national championship, Bama alum Justin Thomas won a bet he’d made with former Bulldog Kevin Kisner. On Thursday, it was time to pay up.

In a video clip posted by the PGA Tour, Kisner reluctantly donned a customized Alabama jersey with the number 16 on the back as Thomas, his playing partner, gave him a hard time.

The action took place on the 17th hole during the opening round of the Sony Open. It was all in good fun, but also for a good cause: the two signed the jersey afterwards to be sold for charity.

“Is that Tua’s number?” Kisner asks, referring to Alabama’s quarterback Tua Tagovailoa. It’s not Tua’s number (his is 13). Thomas tells Kisner that 16 is significant for a different reason. Watch below to see the full exchange: