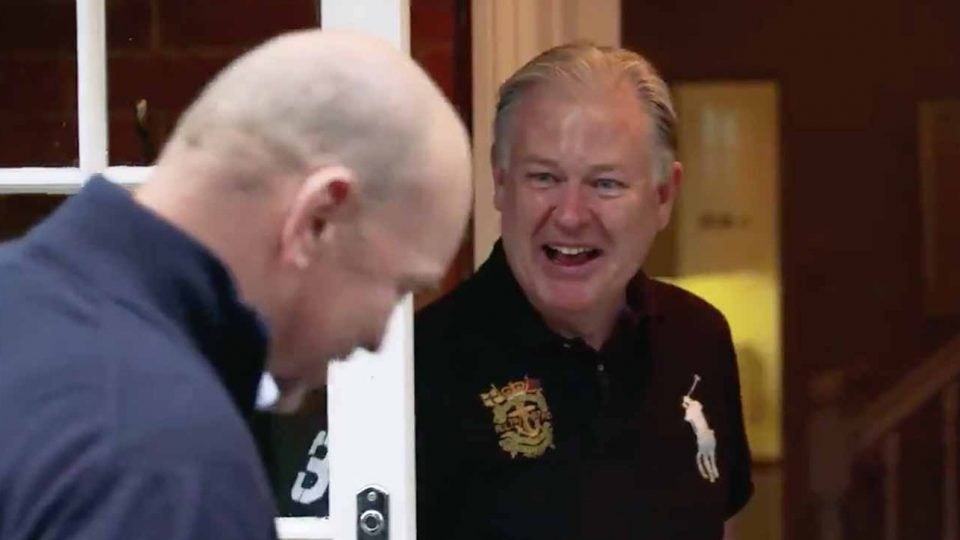 Stephen Atkinson jokingly withdrew his name from European Ryder Cup consideration, but captain Thomas Bjorn had a surprise for the super fan.

Last month, Atkinson wrote a hilarious letter to Bjorn explaining why he, the 52,187th-ranked golfer in the world, should no longer be considered as a wildcard or vice-captain pick. Bjorn thought the letter was so entertaining he shared it on Twitter.

But it didn’t end there.

Bjorn, the Ryder Cup trophy and a European tour video crew surprised Atkinson as his home on Sunday morning. The author of the letter was flabbergasted.

“This has got way out of hand!” he said, grinning.

“I’m just blown away,” Atkinson said. “Opening the door and seeing Thomas there I couldn’t believe it.”

You can see Atkinson’s entire letter, and the video surprise, below.

Unbelievable
Where do I go from here?
Stephen, please reconsider @RyderCupEurope pic.twitter.com/eCcYZ3fDDT

So the Captain returned the favour… pic.twitter.com/Py3PW92HGL