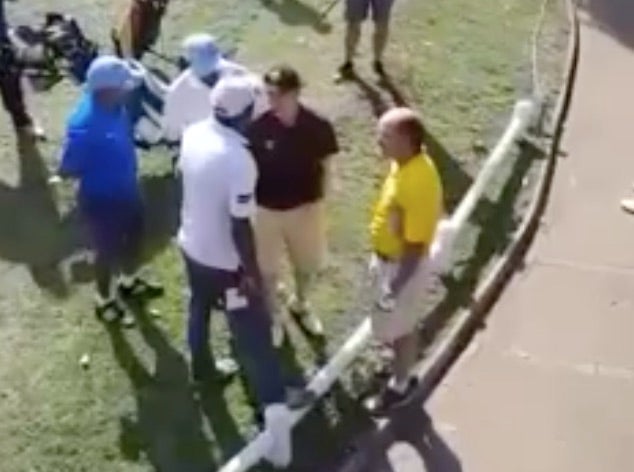 Footage of a fight on a golf course in Durban, South Africa, surfaced on the internet this week. It wasn’t immediately clear what set the incident off — differing reports of the brawl appeared on social media and in South African media outlets.

Independent Online reported that the dispute at Athlone Golf Club began after a group of men verbally harassed female golfers on the course. A club official later asked the men for their names, which spiraled into a physical altercation. “The aggressive, sexist and racist comments made by the men are completely unacceptable and goes against every form of etiquette this fine game demands,” said the woman who filmed the fight, adding that she’d never seen behavior like this in many years of playing golf and running a golf school.

A race war is a possibility in SA! pic.twitter.com/W2c6Mfw04H