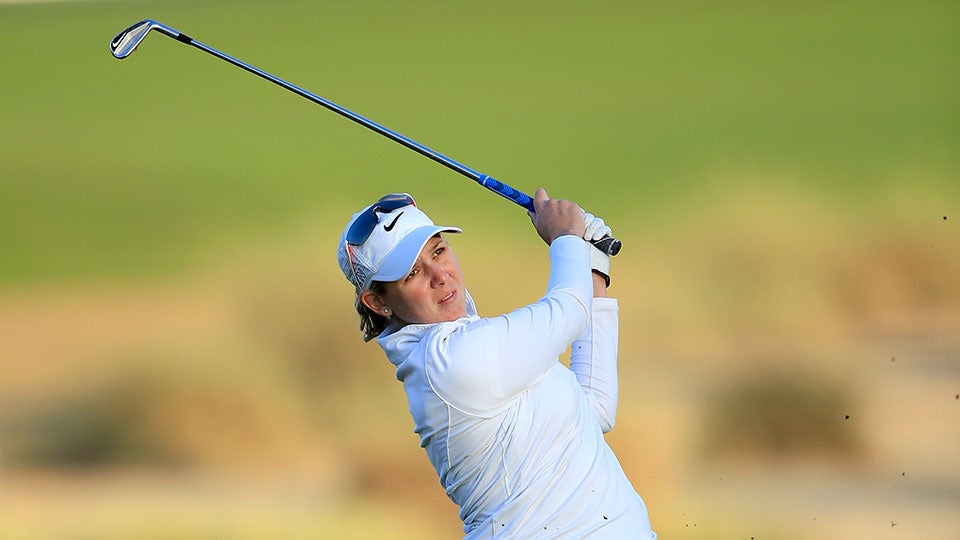 Ashleigh Simon of South Africa plays her third shot on the par 5, 10th hole during the second round of the 2015 Omega Dubai Ladies Masters on the Majlis Course at The Emirates Golf Club.
2015 Getty Images

When you’re in a long-term relationship with your caddie, you should probably be prepared for the possibility that he might propose on the golf course.

But Ladies European Tour golfer Ashleigh Simon says she didn’t see it coming when her boyfriend/caddie, David Buhai, got down on one knee on the 18th green at the Dubai Ladies Masters on Sunday, reports Gulf News. The words, “Ashleigh, will you marry me?” appeared on the leaderboard, surrounded by red hearts.

Both Simon and Buhai are from South Africa; the pair has been together for nine years. For six of those, he’s also been her caddie. Buhai said that they had long joked that they wouldn’t get married until 2023. “I said to Ash, every birdie she makes, we’ll knock a year off that date,” he said.

Despite not posting the scores she had hoped for in Dubai (Simon finished 11-over and double-bogeyed the 18th), she now has plenty to smile about.

“I really didn’t expect this at all,” she said. On Twitter, she posted this message: “Didn’t play well this week but feels like I won the tournament!”