WATCH: Bryson DeChambeau dresses up as Rickie Fowler for Halloween, asks for autograph 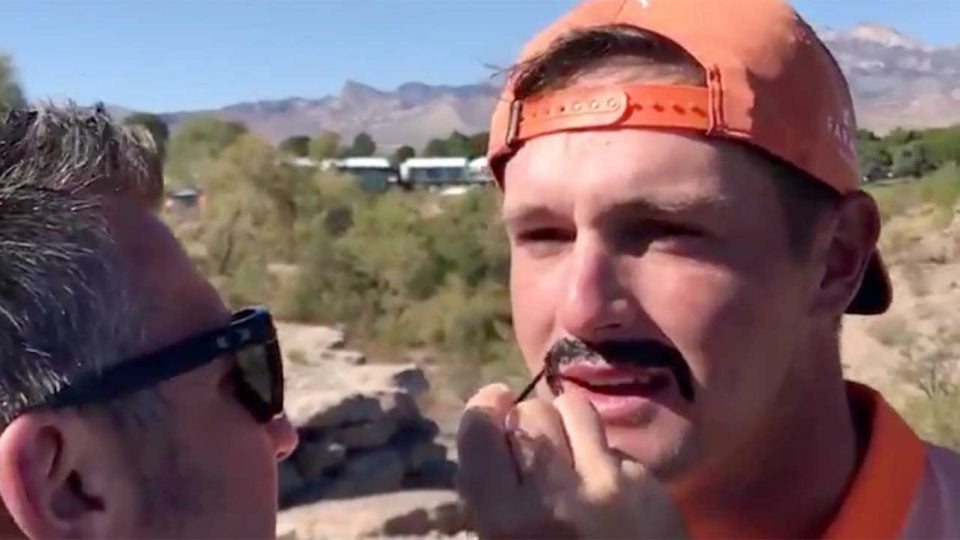 While some pros dressed up as fictional characters or hitched on to dinosaurs for Halloween, Bryson DeChambeau had other ideas.

DeChambeau, who along with Rickie Fowler and Jordan Spieth headlines this week’s Shriners Hospitals for Children Open, decided to dress up like Fowler.

While hundreds of kids surely dressed up as Fowler on Wednesday evening, it’s safe to say DeChambeau was the only 25-year-old, four-time PGA Tour winner to do so.

During a practice round at the Shriners in Las Vegas on Wednesday, DeChamebau, decked out in an orange Puma shirt, hat and painted on mustache, dashed toward Fowler while he approached a green at TPC Summerlin.

“Rickie, can I have a signature please?” DeChambeau begged. “I wore orange just for you. Can you sign my hat?” 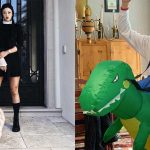 You may also like PHOTOS: Pro golfers, families celebrate Halloween

That’s when Fowler took DeChambeau’s golf ball and threw it behind him, which stirred some laughter in the gallery. After the obligatory bro hug between Fowler and DeChambeau, Fowler walked away and said, “That’s the worst ‘stache I have ever seen.”

Fowler was asked about DeChambeau’s impersonation later in his press conference on Wednesday.

“It was pretty good,” he said. “He could’ve done better on the mustache. The artwork was good, but if you’re gonna do one, you either gotta grow one or go buy a proper mustache that you can put on there. But I give it to him. I give him an ‘A’ for effort.

You can watch the clip below, and for more pro golfers and their families in Halloween costumes, check out our gallery.

What a treat. 🎃#HappyHalloween pic.twitter.com/TE4Ff90c99