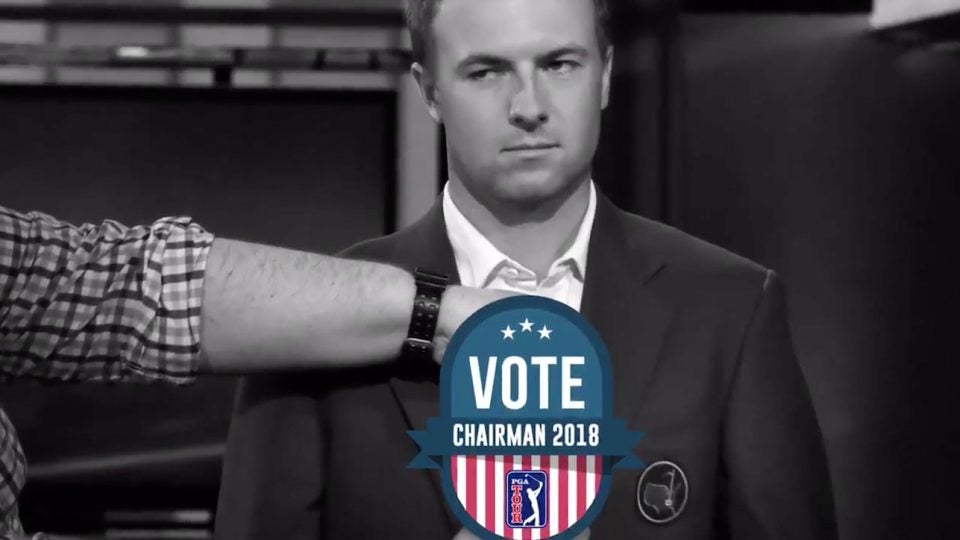 It was a quiet race for Chairman of the PGA Tour Advisory Council. That was until Billy Hurley III made a late splash this week.

Hurley III was going up against Jordan Spieth, Golden Child and no. 3 golfer in the world. It was tough competition, and with just one day left for Tour players to vote, he turned to a classic campaign strategy: mudslinging.

Hurley III released a video pinpointing all of Spieth’s flaws, from him being an elite, “one percenter” golfer, to the ways in which he treats his caddie Michael Greller. Beyond that, Hurley III called attention to his own military history.

The video swept across PGA Tour circles Monday, with many players tweeting it out saying Hurley III had captured their vote. Why? Well, because the video is hilarious and you’d need to watch it for yourself. The impact of the video was so great that Jordan Spieth himself even admitted he would vote for Hurley III.

For those of you who don’t know, I am running against @JordanSpieth for Chairman of the @PGATOUR Player Advisory Council. One final push for the voting that ends tomorrow pic.twitter.com/dO2uLiTg3B