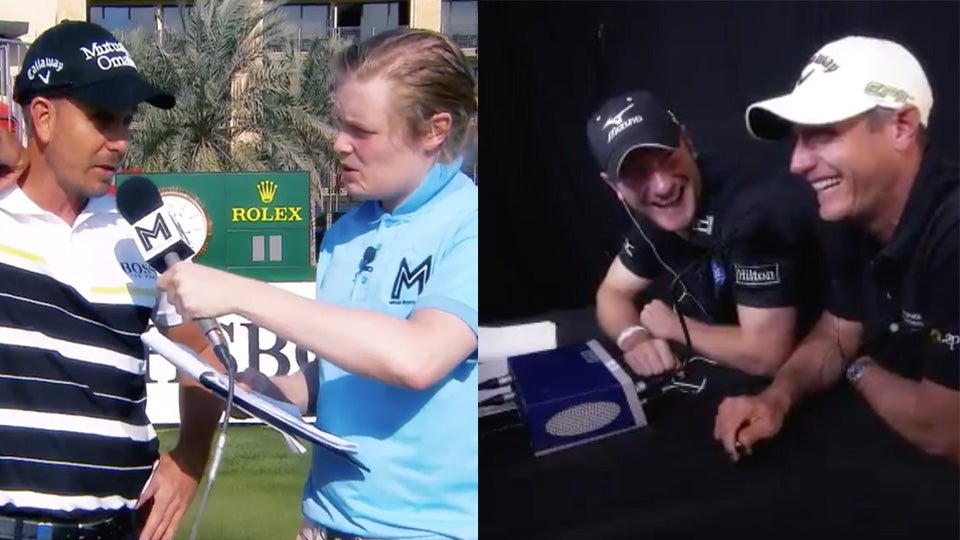 The European Tour has done it again.

It’s no secret that they like to have a good time across the pond. We’ve seen them break the Guinness World Record for the fastest hole of golf ever played, we’ve seen them sic a kid reporter on the game’s top players to ask the tough questions and we’ve also seen them put together quite possibly the best mannequin challenge on the net.

This time they’ve sent their “awkward reporter” to cover Abu Dhabi HSBC Championship — and it’s absolutely hysterical.  The reporter — who is getting instructions from Chris Wood, Nicolas Colsaerts and Martin Kaymer — gets Rickie Fowler to say “ketchup” as part of a sound check, asks Henrik Stenson the same question three times and even gets Rafa Cabrera Bello to show off his six pack.

Golf clap to you, European Tour.