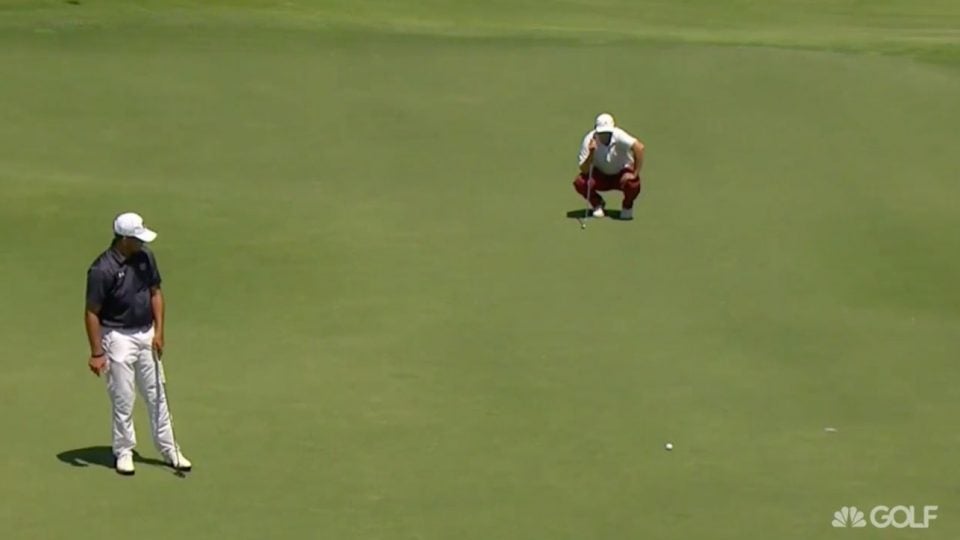 It’s that special time of year where college golf takes center stage, and conference championship weekend has already shown some fireworks. The best example came from the SEC.

Auburn and Alabama faced off in the five-man match play championship at the Seaside Course at Sea Island GC Sunday. The two Iron Bowl rivals split the first four matches, with the fifth match heading to the 18th hole all square.

On the green, Wells Padgett stood over a lengthy putt for the win, knowing it would break a lot from right to left. “But I’m like, ‘You know what, just make it and end the match right now,'” He said later. “I hit the putt and I’m like, ‘Wow, that looks really good.'”

It was. Good enough to trickle in and send his teammates into a frenzy. Check it out below.

It was an epic finish to the SEC season for the freshman Padgett. He and the rest of the Tigers will begin NCAA regional play in two weeks. Until then, they can just keep partying at Toomer’s Corner.